The Abu Dhabi residential property market heavily favoured buyers and renters in the first quarter with price decreases across the city, according to listings site Bayut.com.

The company said rents fell by nearly a quarter in some areas compared to the final three months of 2017.

Asteco said apartment and villa rental rates were down 3 per cent and 2 per cent during the quarter and 11 per cent and 9 per cent year-on-year.

Managing director John Stevens said the delivery of new units during the period despite a slump in economic growth and subdued market sentiment led to increased vacancies during the quarter.

CBRE similarly noted weak demand and a cautionary approach by occupiers due to the uncertain employment environment.

Rental rates for apartments declined in all areas during the first three months of the year with the exception of the Corniche, where prices rose 7 per cent compared to Q4 2017, according to Bayut.

The largest decrease was seen for two-bed apartments in Al Reem Island, with rates down 16 per cent. 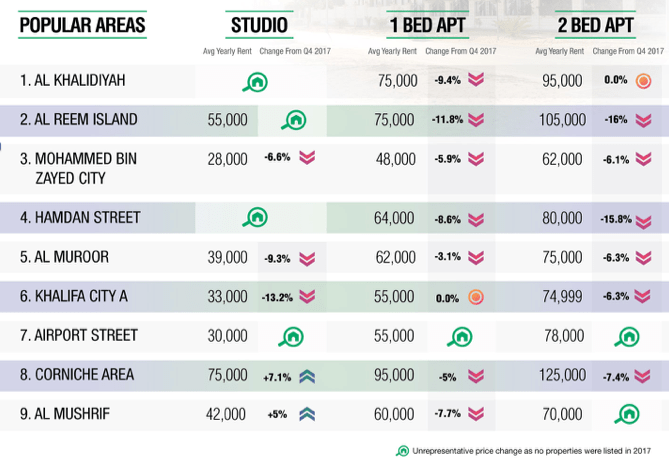 Similarly villa rents were down or remained flat in all areas with the exception of three- and five-bedroom villas in Mohammed bin Zayed City and three-beds in Al Mushrif, which increased 9 per cent, 3 per cent and 2.8 per cent respectively. 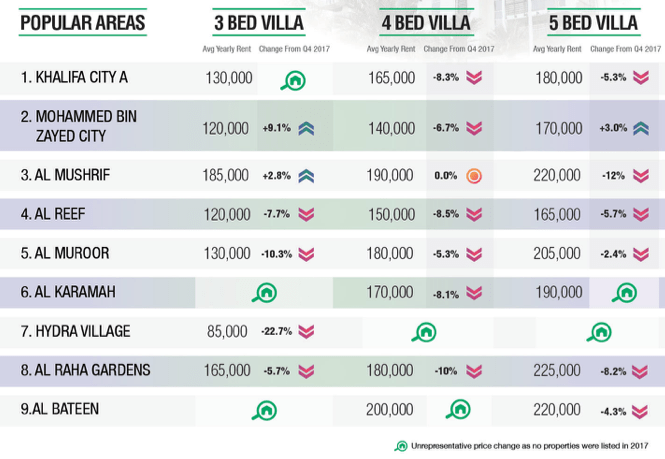 The company said price decreases could allow tenants to upgrade to larger spaces or move to new districts.

In the sales market, prices fell by 20 per cent for studios in Al Reef and were down 16.3 per cent for two-beds on Yas Island. 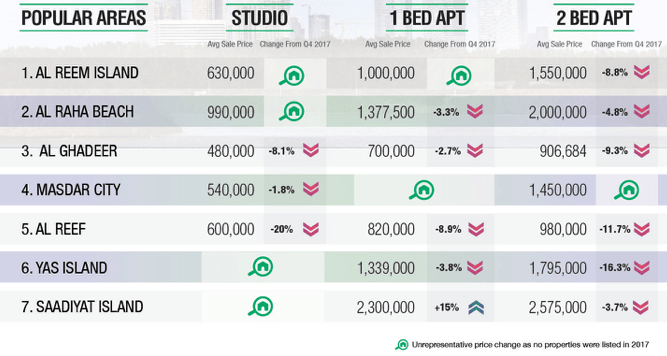 However, three-bed villa prices rose 0.3 per cent on Yas Island and the outlying district of Al Ghadeer saw prices for two-bed villas increase 9 per cent. 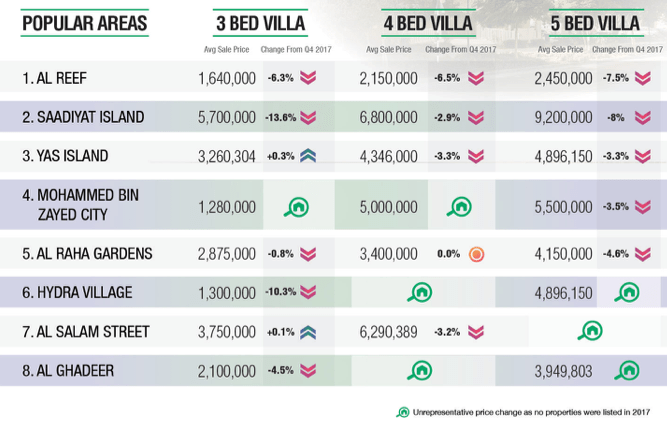 Bayut said investors may want to consider Al Reef and Al Ghadeer, where prices are now below the Dhs1m ($272,000) mark.

Outside of existing property, off-plan sales focussed on the under construction Maryah Plaza on Al Maryah Island, according to Bayut. Al Bandar and Shams Abu Dhabi were the second and third most popular off-plan locations.

“While sale and rental price decreases across Abu Dhabi may not be the news that landlords and sellers want to hear, current market conditions could give rise to considerable movement in 2018,” Bayut concluded.