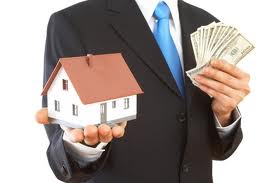 The report, compiled from a survey of wealthy, UAE-based expatriate respondents, shows that – on balance – investors believe the investment market has improved over the last six months, and that there is strong sentiment that markets will continue to improve over the next six months.

The Friends Investor Attitudes Index for the UAE now stands at 17 points – an increase
of two points on the previous wave of research which was based on a nationally representative demographic sample, conducted in June 2012.

This is the first edition of the revised Investor Attitudes Report and follows eight previous waves of research, covering a period of more than two years. The surveys are conducted simultaneously in FPI‟s three principal markets, Hong Kong, Singapore and the UAE. The survey has been changed slightly from previous waves, in order to focus on wealthier investors in these markets. In the UAE, wealthier investors are defined as having $4,000 per month disposable income and/or a lump sum of $100,000 to invest.

The most popular investment strategies for UAE-based investors are to either take a low risk approach to investing (29 per cent) or to hold a balanced investment portfolio (34 per cent).

Matthew Waterfield, FPI general manager, Middle East and Africa said, “The increased preference for investing in property is not surprising as the UAE continues to recover from the financial downturn. This is a sign of confidence returning to the local market.”

Of the three regions surveyed, UAE investors considered preservation of their capital a fundamental aspect of their investment planning, with 27 per cent of respondents unlikely to invest in anything other a guaranteed product. Just one per cent of Hong Kong investors and 12 per cent in Singapore said they would adopt a similar approach.