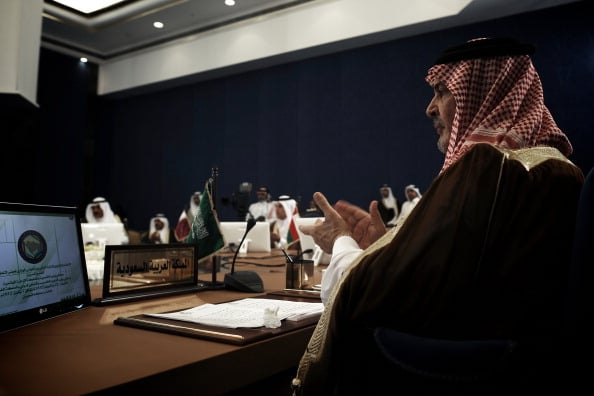 Glancing through the newspapers one morning last month Saudi Arabian businessman Ihsan al-Naeem was stunned by a government announcement that he fears will threaten the survival of his family’s 30-year-old contracting business.

In the latest and most aggressive of a series of labour reforms, the government has started imposing fees on companies that hire more foreign than local workers. The requirement covers everyone from expat professionals to hospital workers and labourers on construction sites and is in addition to quotas already in place to limit foreign staff numbers.

The new rule is aimed at reducing unemployment of 10.5 per cent among Saudi nationals by getting them into jobs now performed by 8 million expatriates in the country, a long-term Saudi goal given fresh impetus by the uprisings in Arab countries last year that were partly driven by high unemployment.

Labour Minister Adel al-Fakeih said in January that the largest Arab economy needed to create 3 million jobs for Saudi nationals by 2015 and 6 million by 2030, partly through “Saudi-ising” work now done by foreigners.

However, in an economy in which imported labour fills nine in 10 private sector jobs, according to central bank data, many companies fear the new fees will hit their businesses hard by adding to their costs and shrinking the pool of available workers.

“There are no Saudis who can drill or operate heavy machinery … Where will they work in the construction industry?” said Naeem, who employs more than 1,000 foreign labourers working on 17 government contracts.

As of November 15, Naeem and other private sector employers who hire more foreigners than Saudis must pay a fee of 2,400 riyals ($640) a year for each additional expatriate when they renew an expat’s one-year residency permit.

The rule does not cover foreigners with Saudi mothers or nationals of other Gulf states.

Businessmen protested outside Labour Ministry offices after the decision, threatening to raise their fees to cover the additional labour costs or terminate existing government contracts.

A Labour Ministry spokesman said there were no plans to reverse or amend the decision.

“The decision is based on detailed studies of the market mechanisms and it will hopefully increase the competitiveness of our local youth in a market that has no mercy, which has eight foreigners in every 10 employees of the private sector, who compete with our youth for their livelihood,” the spokesman, Hattab Alenezi, said.

After the 1970s oil boom, which propelled many Saudis into a lifestyle of wealth and luxury, locals viewed jobs requiring manual labour as menial and imported cheap foreign labour to build their cities and service their offices.

Construction labourers from India, Pakistan, Bangladesh and the Philippines form the biggest group of foreign workers.

“I have never come across a Saudi willing to work as a labourer,” Naeem said, estimating his medium-sized company will have to pay around 2.4 million riyals in annual fees.

Businesses complain that the fees on foreign workers were introduced with immediate effect with no warning or consultation, and that they appear to contradict other recent reforms to encourage “Saudi-isation” that take account of different industries’ requirements.

Last year the Labour Ministry overhauled a crude quota system for Saudi and foreign employees to take account of a company’s size and sector. Those who do not comply with the quotas, known as Nitaqat, face hiring restrictions.

Before the overhaul the local quota was a flat rate of 30 percent. Now the rate varies depending on what sector a company is in and what size it is. A small construction company is allowed more foreigners than a large bank, for instance.

The impact of the Nitaqat reform is not yet clear but some economists fear the introduction of fees on foreign staff fit an old pattern of ineffective measures that add costs for companies.

“I think that (the fee) is going to be treated as a tax by some companies rather than an incentive to employ additional Saudis. It doesn’t really address the supply issue which is that Saudis need to be incentivised to take private sector jobs,” said James Reeve, a senior economist at Samba Financial Group.

There is no formal minimum wage despite government efforts to raise pay for Saudis in private companies.

Under Nitaqat rules, construction and transport businesses only need employ one Saudi for 19 expatriates and fear the new fees will hit them particularly hard.

“Saudis can work in the administration, but there are only a few jobs there,” said Mahfooz Bin Mahfooz, who owns a transport company and said he cannot find Saudis to work for him as truck drivers.

“I want a job in the field that I studied for. I did not go to college so I can work as a driver,” said a 22-year-old unemployed Saudi in Jeddah w i th a computer science degree.

Not all businessmen disagree with the fee. Some say it is important to achieve the kingdom’s long-term goal of getting more Saudis into work.

Mohammed al-Agil, head of the kingdom’s largest listed retailer Jarir Marketing Co, said about 40 per cent of his employees are Saudi although he accepted that it was easier to find local workers in his sector.

“I think it is a good initiative but I think they should have given enough notice,” he said.

Many newspaper commentators, however, have voiced vehement opposition.

“The first to be harmed by it are local business owners, and secondly consumers who will no doubt bear the brunt of rising prices,” said Essam al-Ghafaily, a columnist in al-Watan daily newspaper.

Even the price of bread could rise by as much as 7 per cent as bakers expect to transfer the cost of the new fees onto consumers, said Ali al-Shehri, head of the Jeddah Chamber of Commerce bakers’ committee, in remarks printed by al-Watan newspaper.

Naeem, the contractor, said he feared missing out on important tenders because the price of his bids will have to rise.

“Coming from a medium-sized company I’m getting exhausted … my activities internally may change and I may even look to shift business abroad,” he said.