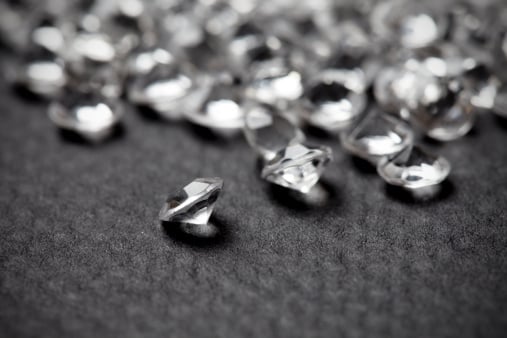 The executive chairman of Dubai Multi Commodities Centre (DMCC) has urged the UAE’s tax authorities to act cautiously when implementing VAT, or risk toppling the country’s gold and diamond industry for years to come.

Speaking at the Dubai Diamond Conference, Ahmed bin Sulayem appealed for “certainty about our future” in the face of a 5 per cent VAT on a number of services and goods that is set to be implemented from January 2018.

The DMCC is home to the government-backed Dubai Diamond Exchange, and also serves the entire gold value chain, from research and refining to trading and investing.

Bin Sulayem said that the possible introduction of the value added tax next year “leaves our member companies and industry generally concerned”, with loose diamonds potentially in line for the tax, despite a zero per cent tariff being the standard in other diamonds centres around the world.

He said: “There is a sincere feeling of uncertainty. I’m already aware of two gold refineries in the UAE looking to move to Hong Kong. This sends a very negative message if it becomes reality. Diamonds and gold are critical for Dubai, jointly accounting for $75bn annually.”

He pointed to examples in Europe where the introduction of taxation severely hit some of the continent’s most important gold markets.

“I would like the tax authorities to consider Germany at the beginning of the 1980s,” he stated.

“Tax introduction led to the demise of Europe’s, and potentially the world’s biggest physical gold market. The impact was reduction of up to 90 per cent in volume and the market moved to Luxembourg.

“While Germany abolished tax many years later, the damage was already done. The business in the gold souk here in Dubai reports volumes are down 30 to 40 per cent compared to 2016. This is driven by customs duties and decline of wholesale gold jewellery trade.

“I can’t emphasise enough how critical this topic is for the UAE and Dubai, which is a trading hub. It will take several decades to restore market confidence. Therefore, we strongly urge our tax authorities to take this matter seriously and help us create certainty about our future.”

Since launching in 2002, the DDE has risen in value from $300m to $26bn in 2016, becoming the world’s third biggest diamond wholesale trading centre after Antwerp and Mumbai.

Also addressing the audience, Peter Meeum, chairman of DDE, suggested other jurisdictions could feel the benefit of the UAE’s VAT.

“Places like Hong Kong, Panama and Singapore could be considered as alternatives if undue taxes were to be put on loose diamonds,” he said.