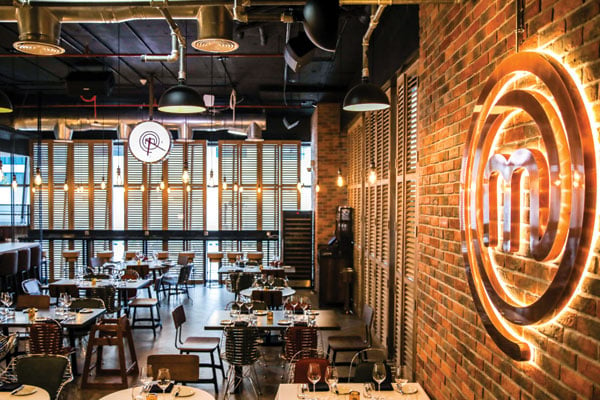 In April, the world’s first MasterChef-themed restaurant opened in Dubai Marina. The warehouse-style restaurant with brickwork interiors and a large MasterChef logo reminds you of its connection to the TV show and just so that you don’t forget, a massive clock overhead is a replica of the clock which has consistently been the most dreaded device of each participant in the TV show. 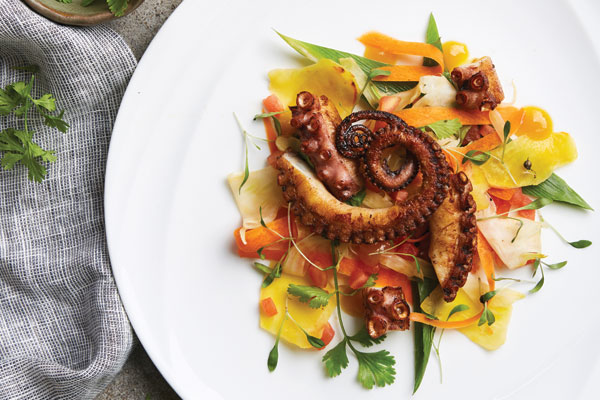 Every single entry on the menu, except one dessert, is an original creation by a champion or finalist whose name is noted below its description. Elena Duggan, the 2016 winner of MasterChef Australia was the brains behind our first starter, a creamy pine nut and mushroom toast served with eggs at precisely 65-degrees, while 2016 US champion Shaun O’Neale ideated the succulent duck leg confit tacos that we ordered next which consisted of a tastebud-tricking combination of pickled onions, mango salsa, sour cream and jalapeno sauce.

For the main course, we requested the Mystery Box (you must call in advance and pre-book it) which serves two. We were given a choice of ten ingredients and asked to pick five. Our selection: wagyu beef, miso, goat cheese, jalapenos and cassava. 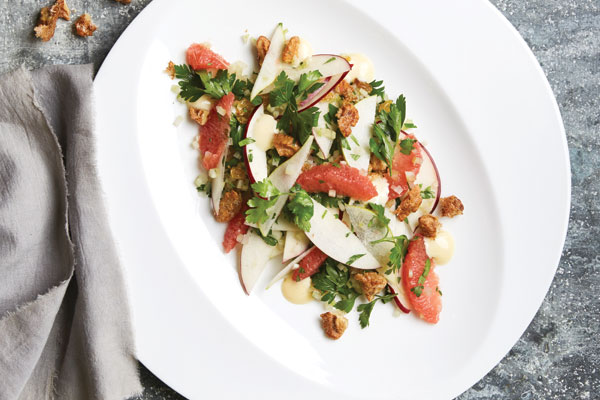 That’s when the restaurant’s resident head chef, Margarita Vaamonde-Beggs displayed sheer mastery as the wagyu beef was served up as kofta kebabs, the cassava and goat cheese made into balls and deep-fried, while the miso paste and garnishing of cut jalapenos meant that the Venezuelan chef aced her challenge that evening.

The dessert menu includes the Chai Crème Brulée, the only item not conceived by a champion or a finalist, but the in-house DXB team. It uses starkly contra-sting ingredients like black salt, Darjeeling tea and seaweed puffed rice. Does the overall experience at the restaurant re-create the magic of the TV show? Thankfully, you don’t have to be a livingroom armchair-judge any longer to decide.