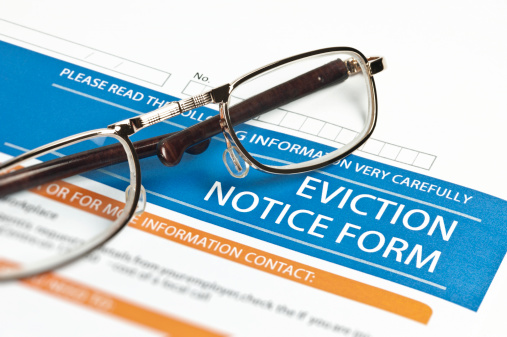 Legal experts have urged real estate watchdog Rera to update and monitor the UAE’s rental calculator to ensure that rampant speculators will not incite a new property crash.

Experts agreed that the burning issue in today’s market is not the lack of proper legislation to regulate real estate but the lack of clear parameters on the amount of the rent that can be increased in a particular area.

“A difficulty in the current market involves first-time tenants looking to rent properties in prime locations. This can result in tenants that are new to the market paying rates that are well above market trends,” said Lady Elizabeth Riesenburg, head of real estate & construction at Habib Al Mulla law firm.

A rental calculator, facilitated by Rera, helps to calculate the rental increases in a specific area of Dubai. The user is required to enter the details of the locality and their apartment along with their lease expiry date and rent into the calculator.

After assessing the details given, the calculator would show the average rents in the area for similar properties and would deem if the user is entitled to a rent hike and provide an amount if they are eligible. Tenants and landlords who disagree on the calculator’s rates can approach the Dubai Rent committee for a resolution of their rental dispute.

But tenants who are concerned about being forced to move out following an unreasonable rent hike need not worry as they are adequately protected. Landlords must give a one year notice period prior to the cancellation of the tenancy contract and the grounds for eviction are only valid if there is a proposed sale of the property or if the owner wishes to move in.

“Landlords would of course like to have the freedom to increase rents in line with market rates whereas tenants need to be assured that they will not be forced to move purely because their rent has been increased to such an extent that they cannot afford to remain where they are,” said Jerry Parks, partner and head of real estate at Taylor Wessing legal consultants.

However the law, as it currently stands, favours the tenants if such a dispute occurs.

“It is very difficult for a landlord to evict a tenant and should be impossible if eviction is purely due to the tenant not agreeing to an unrealistic rental hike,” said Parks.

The experts urged Rera to remain up-to-date with its rental calculators in order to stem speculation and possibly unfair evictions.

“Rera should continue working on rent/price indices, possibly issuing a regulation to regulate market rent parameters in order to avoid scenarios where neighbours in like properties are paying vastly different rates,” said Riesenburg.

Parks echoed his peer’s opinion as he said that the rental calculator “should also be made more sophisticated, to acknowledge the fact that not all properties of a certain size in any given area are the same.”

A call for increased scrutiny from tenants

Experts say that landlords and especially tenants should be more aware of the legislation in the country to avoid being victims of subletting scams and unfair evictions.

During the real estate market boom of 2006 – 2008, rents reached an unprecedented high and it was not uncommon to hear tenants complain of being evicted due to unreasonable rent hikes and a sudden demand to pay up in a single cheque.

Additionally, real estate regulations in Dubai have been under public scrutiny since a conman successfully demanded a year’s worth of rent in a single cheque payment through a bogus subletting scheme last year in The Greens, The Views and the Burj Downtown. The signs of revival in the property market have resurrected similar fears among tenants in Dubai.

But the reality might be far safer than imagined as experts assure that the current legislation is clear about the laws governing the rental payments.

Dismissing the need for further addition to the existing real estate legislation, Parks said that the law cannot be too prescriptive that they limit the parties’ freedom to contract.

He added that any tenant prior to finalising the contract “should be prepared to do his/her due diligence” and should proceed only if they are satisfied.

“Tenants should undertake a bit of fact-finding to confirm the identity of the landlord and verify the rightful ownership of the property with RERA, where this information is available,” reiterated Riesenburg.

In order to avoid being victimised by illegal agents, Parks said that the tenants should ensure that they are contracting with the landlord and not a third party.

“This can be done by insisting on sight of the original title deed to the property (if that is possible) or at least a copy thereof and entering into the tenancy contract with the landlord him/herself and not a third party.”

Parks also warned the tenants to make payments to the landlord alone unless there is a reasonable explanation.

Tenants should also be aware that the law does not permit the landlord to evict them just because of a disagreement over the rental increase or a refusal to pay up front in a single cheque when their previous agreed method of payment had been in multiple cheques. This makes the call for an updated rental calculator all the more important.

“Failing mutual agreement, a landlord can only insist on a single rent cheque payment on renewal if this was the method of payment the previous year. If a tenant paid rent in the first year of tenancy with a single cheque then he/she cannot expect the landlord to agree to staged payments the following year,” clarified Parks.

Abu Dhabi Rents To Drop By 10%