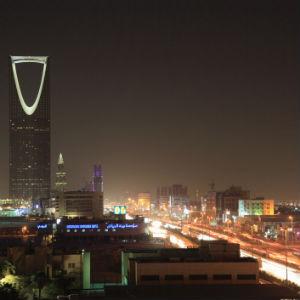 Apartment and villa rents went up during the first quarter of the year in the Saudi cities of Riyadh and Jeddah, according to the latest report released by Jones Lang LaSalle.

Villa rents in Riyadh increased by eight per cent in Q1 2012 compared to the same period a year ago, said the report. “Villas in residential compounds have shown a larger increase in rents, reflecting the long waiting lists for access to this kind of accommodation,” it said.

Apartment rents have risen even higher, growing 13 per cent from Q1 2011, and currently stand at SAR28,700 per annum for an average two bed unit.

“Due to high occupancy rates, and the concentration of private schools and hospitals, rents in areas such as Warooud, Malaz, Olaya and Sulaimania continue to grow at higher levels.

“Expansion of the industrial areas have also increased rents in the low income areas such as Batha, Khaladia and Manfoua,” the report added.

In Jeddah, apartment rentals shot up around 10 per cent year-on-year during the first quarter of this year, due to higher demand for the middle income segment, said the report.

Villa rents increased by four per cent during the period in the Western region of Jeddah, reaching an average of SAR 201,000 per annum.

“Villas in residential compounds have shown the greatest increase, due to the preferences of many expatriate families to live in gated villa communities,” said the report.

According to JLL, approximately 23,000 additional residential units are estimated to be completed in Riyadh this year, bringing total residential stock to over 912,000 units by the end of 2012.

In Jeddah, approximately 4,000 units were completed in the first quarter of 2012, and a further 12,000 units are expected to be completed by the end of this year.

“The findings reveal that with more new stock entering the market, occupiers have an increased choice of options and this is resulting in greater competition and more variation in performance as tenants increasingly focus on better quality projects,” said JLL.

“Older and poorer performing assets are losing out in the competition for tenants and are consequently requiring repositioning and more active property management.”