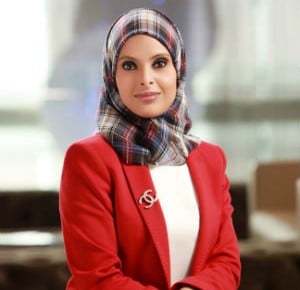 Human beings are naturally creative, resourceful and hungry to learn. But these fundamental aspects of human nature are stifled when a person feels fear.

Fear is a basic human component of the ‘fight or flight’ syndrome, which has its origins in protecting us from physical danger. In the 21st century workplace, however, it can be an extremely destructive emotion.

Fear in the workplace results in dehumanisation. When it rears its head, learning is surpressed, leaving no room for innovation and creativity. Learning stimulates growth and when this is deprived, employees often turn to negative coping mechanisms that fill the gap left by a lack of positive development. These mechanisms include gossiping, favouritism, bullying, criticising and humiliation.

Apportioning blame and covering up are seen as core competencies that need to be adopted in order to survive in the workplace. When blame is the method utilised for dealing with negative outcomes, the system is deemed more valuable than the individual within it.

When covering up is used as a device, the reputation of the system is placed ahead of the person. Ultimately, the effects of these actions result in dehumanisation, a lack of employee engagement and a generally dysfunctional workplace environment.

Dehumanisation is nurtured by shame, a conclusion I reached through my experience of coaching executives and workplace trauma survivors. The metric systems of appraisal that organisations use are one of the tools that are used in this shaming process. It starts in our formative years, as the grading system used in most schools is a form of this tool.

When organisations lead by shame, disengagement is inevitable. Anxiety, fear, lying, cheating and presenteeism are all signs of disengagement. Holding people back from being actively involved results in them not only letting go of learning, but also indulging in unethical behaviour.

When we disengage, we don’t show up, we don’t contribute and we stop caring. We master the blame game and become adept at covering up. This is what I call the ‘Slow Fail.’ Slow Failing is governed by disengagement and is deadly for any workplace.

Shame is the workplace cancer. If diagnosed early with the right intervention, the probability of the cure is high. It needs courage to face it. Denying the fact that it exists won’t help.

When the respect and dignity of an individual are at the top of an organisation’s values, there is no leading by shame. Empathy is in the driver’s seat. Accountability and trust are givens. Such cultures don’t tolerate shaming behaviour and instead, protect the most important aspect – the human being at its centre.

Flourished engagement is all about Positive Failing. Positive Failing is open permission to get things wrong in order to learn. When failure is accepted and taken as a lesson, it opens the door for practicing vulnerability and allowing emotional exposure. Granting vulnerability crushes fear, as it takes uncertainty and risk to be the acceptable norms of workplace interaction.

It takes honest, constructive and engaging feedback to make this happen – something that metric-focused systems often fail to deliver. Positive Failure involves understanding that discomfort is normal and is a feeling that naturally accompanies the process of growth.

The process of evaluation and judgment needs to take in capabilities, competencies, possibilities, visions, values and hopes. If you are responsible for giving feedback, start with the positive, acknowledge the contribution of the person, the benefits they bring to the organisation and offer them the space to grow. Encourage them to take risks and guarantee your support.

If you are receiving or soliciting feedback, remember that it is your right to decide what to do with the information you receive and that learning and professional development never happens when heads are down and mouths are shut. Blaming and covering up are the antithesis of teamwork and workplace cohesion. Ultimately, these negative traits will impact on business success if allowed to flourish, as they promote fear and poison the office environment.

Banishing fear means recognising that it’s the people who are the essential building blocks of any organisation and the vital component that drives its operations forward. People have values, feelings, perceptions, opinions and motivations that they care dearly for.

Acknowledging their attributes and allowing them to fail in order to grow is the key to removing fear and rehumanising the workplace.