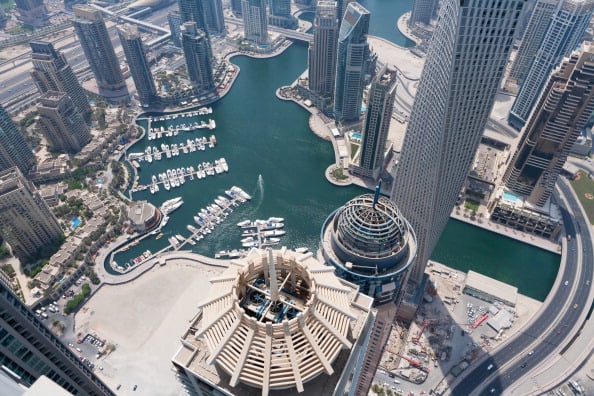 “I think (the property) market is becoming more stabIe and I believe that authorities have effectively controlled the market,” said Sunil Jaiswal, president of Sumansa exhibitions, which is planning to organise a new Dubai property show.

“We saw last year 20 per cent growth but now we are seeing a 10 per cent growth. I believe Dubai is a stable place to invest in especially in the medium to long term for returns.”

The Dubai Property Show will pitch real estate projects in the emirate to investors across the UK and most of Europe.

The show, which will be held from February 27 to March 1 in 2015 at Olympia in London, is aiming to tap almost eight million Londoners and expects to receive around 2,000 serious property buyers.

Dubai’s real estate sector rebounded strongly in 2013 with prices rising by 30 per cent but rates slowed considerably in the first half of 2014.

Despite the government regulations put in place, analysts have cautioned that the market is thriving on speculative demand, which might lead to a property bubble.

But Jaiswal does not expect talks of speculative demand and bubble fears to dampen the interest of foreign investors.

“The market has matured since 2006 and it is definitely improving year-on-year,” he said.

Jaiswal added that the show’s focus will also be on encouraging medium to long-term investment in Dubai’s property sector.

“Any investor should take note of Dubai because of the opportunity that lies here, as it is one of the few places in the world that has excellent equity growth and good cash flow,” he said.