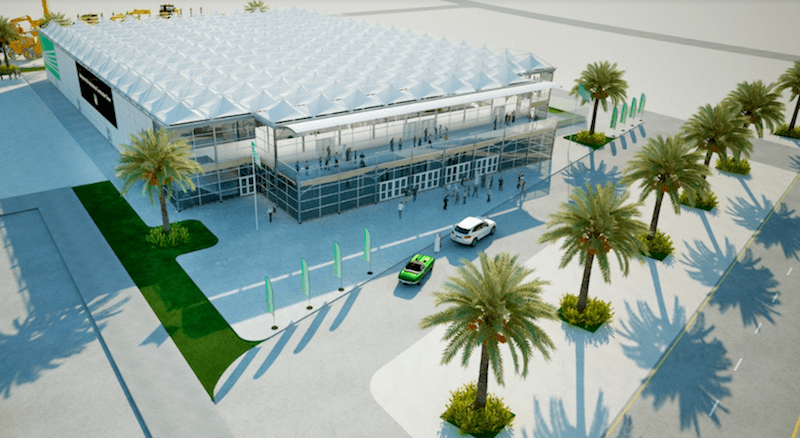 Dutch company De Boer announced that it has won the design and build contract for the region’s largest semi-permanent exhibition hall in Saudi Arabia.

The size of the contract was not disclosed.

The King Abdullah Exhibition Centre – one of the largest temporary structures to be built in the region – has a 60m x 90m footprint.

The venue will feature adaptable conference rooms and retractable exhibition hall divides, De Boer said in a statement. It will also have insulated wall panels to reduce air conditioning requirements, especially during the summer months, to improve overall energy efficiency.

Construction is expected to be completed within two to three months.

The semi-permanent structure has an expected life span in its current location of between five to 10 years, after which it can be dismantled and reused in a new location, the statement said.

A permanent exhibition facility is planned to be built in the area.

“These are facilities that will last at least 10-15 years without any maintenance overhaul.”

KAEC, to be developed by Dubai developer Emaar, is expected to add around SAR207bn to the local economy.

The project also features a port, an industrial zone, and residential projects, with 260,000 apartments and 56,000 villas planned for completion by 2020.

When fully complete, the project is expected to house two million people and investment projects worth a total of $100bn.