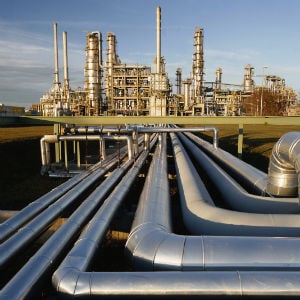 Some of the national oil companies (NOC) in the Gulf region are taking big steps to globalise, according to Jim Pierce, chairman of Global Energy Practice at international risk advisory firm, Marsh. “For propriety reasons I can’t name names,” he said in an interview.

But considering that 90 per cent of the world’s hydrocarbons are in effect owned by the NOCs, they are at the centre stage of the global energy stage, he said. “Even if some haven’t moved outside their own borders right now, they are tied into the geopolitics of the world. So they are global,” he added.

The only difference between an international oil company (IOC) and an NOC is the learning curve; the IOC has been doing business in other countries for decades and the NOC has to adopt to the idea that there different norms and laws with which they must comply in order to do business, said Pierce.

“When you leave your own nation state’s borders, you automatically acknowledge the need to conform to the regulations, politics and environmental stipulations of your host country,” he explained.

“And in many cases that means you have to do business slightly differently then you might do in your home country and you have to be prepared for the consequences of an event, should it take place in a host country,” he said.

The Deepwater Horizon explosion in the US Gulf of Mexico in 2010, which killed 11 crewmen and caused the largest offshore oil spill in US history, was a wake-up call for every oil company involved in the offshore exploration and production of oil, according to Pierce.

“Because the first thing it did was demonstrate to every leader of an oil company that political risk is a worldwide phenomenon. And if you are involved in a catastrophic loss of epic propositions and magnitude, you are going to be the focus of the politicians and the media in a way that you don’t want to be the focus,” he said.

Another aspect that NOCs’ can’t ignore or discount, even within their boundaries, is the impact of social media. “Ten years ago if there had been a large loss, there was at least a possibility that the knowledge of the loss may have been retained within the state,” said Pierce.

“Today as we have seen from the social unrest in the region, there are no secrets. All it takes is one iphone,” he said.

So its essential for NOCs to adjust to the changing circumstances and use social media as a catalyst to achieve more efficiency in a risk management regimen, he added.

Another big challenge that not just the NOCs, but the entire oil industry is currently facing, is the rising complexity of operational risks in the last two to three years.

For instance, thanks to innovative technologies, Qatar may soon have floating LNG vessels that will be able to achieve the same processes as onshore facilities, and the value of one of those vessels will be between $60- $80 billion.

“So the amounts at stake are getting bigger and a direct correlation between new technology and increased risk makes the entire return on investment all the more riskier for the people who are making the decisions as to where they are investing their money,” Pierce added.

“There are very few industries besides oil and gas where the CEO has to wake up every day aware of the fact that one incident could take his company down, could eliminate the company’s balance sheet,” explained Pierce. And because the magnitude of potential loss is so high, constant awareness is absolutely essential, he advised.