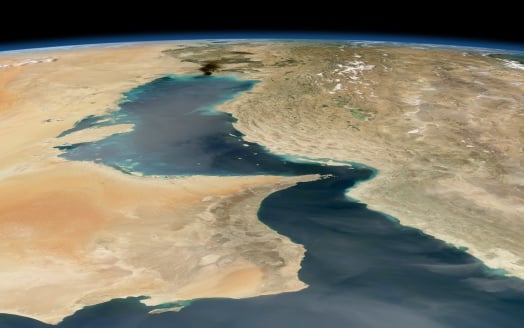 Instability in Egypt and Iranian threats to block the Strait of Hormuz are serious risks to food security in the Gulf, according to a report by a British think tank.

The Gulf Cooperation Council (GCC) countries depend on imports for 80-90 per cent of their food, and most of it has to be brought in through two shipping routes that could close due to regional conflicts or political pressure, London-based Chatham House warned.

With over 80 per cent of the Gulf’s wheat coming through the Suez Canal and 80 per cent of its rice supply brought in through the Strait of Hormuz, the most vulnerable countries are the United Arab Emirates, Bahrain, Qatar and Kuwait, the study said.

Iran threatened in 2012 to block the Strait of Hormuz if it came under attack, as tensions rose with the West last year over Tehran’s disputed nuclear programme.

Political instability in Egypt has raised concerns over the safety of commercial shipping through the Suez Canal over the last two years.

Egypt has faced a string of militant attacks in the lawless North Sinai region to the east of the canal after the army overthrew the country’s first elected Islamist President Mohamed Mursi on July 3.

“All the Gulf countries’ imports from North America, South America, Europe and the Black Sea must pass through the Suez Canal, which militants recently tried to close by firing rocket-propelled grenades at a container ship,” report author Rob Bailey said.

“Were Suez to close, imports would have to be re-routed round the Cape of Good Hope. But were regional conflict to close both Suez and the Strait of Hormuz, then Gulf governments could face real difficulties getting enough food into their countries.”

Because of their reliance on two supply routes to feed their booming populations, most GCC members have their own reserves but talk of a regional tie-up of stockpiles has been going on for years with little real progress.

Chatham House said GCC governments could hedge against supply disruption by building strategic storage facilities and improving ports on the Red Sea coast of Saudi Arabia and Indian Ocean coasts of the Arabian Peninsula. Food could then be transported by rail, it said.

It is practically impossible for the countries to become self-sufficient in food, the report said.

The GCC members are Bahrain, Kuwait, Oman, Qatar, Saudi Arabia and the UAE.