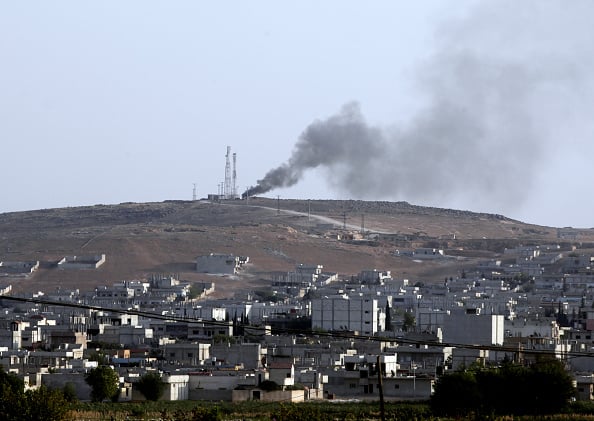 Turkey is cultivating closer relations with Saudi Arabia’s new leadership, putting aside long-standing differences over political Islam and aligning efforts to solve regional crises including the war in Syria.

The rapprochement between two of the Middle East’s biggest powers already appears to be paying dividends in Syria, helping to drive advances by Islamist rebels fighting side-by-side with Western-backed groups against President Bashar al-Assad’s forces.

Turkey, which has the second-largest army in NATO, has also offered logistical support to a Saudi-led coalition carrying out air strikes against Houthi rebels in Yemen, part of the Kingdom’s more muscular regional strategy under new monarch King Salman.

The thaw in ties reflects a realisation in Ankara and Riyadh that differences over the Muslim Brotherhood, a pan-Arab Islamist movement championed by Turkey but deemed a terrorist organisation by Saudi, should not hinder a joint response to the crises threatening the wider Middle East.

“The region is in need of change,” said a senior member of Turkey’s ruling AK Party who is close to President Tayyip Erdogan, asking not to be named so as to speak more freely.

“Following the change in leadership in Riyadh, Turkey and Saudi Arabia will push to overcome regional conflicts … A new framework is being formulated,” he said.

Erdogan is planning another trip soon to Riyadh to meet Salman after visiting him twice this year and holding regular telephone conversations, the official said.

It is a marked change in a relationship long strained by Erdogan’s backing for the Muslim Brotherhood, which shares common political roots with the AK Party he founded and whose ideology he would like to see exported across the region.

Saudi Arabia and other Gulf Arab states see the Brotherhood as an existential threat to their monarchies. Only Qatar stood alongside Turkey in backing the movement after the Egyptian army toppled Islamist President Mohamed Mursi in 2013.

But he too acknowledged progress: “Our aim is to solve regional issues, ensure stability and peace in Yemen, and do the right things through an initiative with Saudi Arabia that is not focused on sects.”

Saudi Arabia’s mistrust of the Brotherhood is unchanged, diplomats say. But unlike his predecessor King Abdullah, who died in January, Salman appears more ready to indulge allies who support it.

Fear of the threat from Shi’ite Iran is a prime motivator for Riyadh. It would like a more closely allied bloc of Sunni Muslim countries as a bulwark against the threat it sees from the Islamic Republic.

Turkey’s position is more nuanced. While Erdogan has criticised Iran for trying to “dominate the region”, its strong economic and energy ties with Iran mean it cannot turn its back.

Turkish officials are at pains to emphasise that the rapprochement with Saudi does not reflect a sectarian agenda. “It’s clear that the Sunni and Shi’ite understanding of the region does not contribute to solving conflicts,” the senior AK Party official said.

But common to both U.S. allies is a sense that Washington is disengaging from the Middle East.

Riyadh has watched nervously as the United States pursues an agreement with Iran over its disputed nuclear programme; Ankara has grown frustrated with the U.S. focus on fighting Islamic State radicals in Syria and what it regards as Washington’s reluctance to confront Assad.

“One of the quintessential reasons for this new approach is the lack of tangible steps taken by the international community since the conflict in Syria broke out,” the official said.

Syria’s opposition is hoping to reap the benefits of the Turkish-Saudi rapprochement, with Riyadh apparently more relaxed about the rebels it backs working alongside hardline Islamist factions, opposition sources say.

In public, Turkish officials have played down the idea that closer ties have yielded a change in Syria, emphasising that Ankara backs only “moderate” rebel factions.

“Our views on Syria are aligned with Saudi Arabia. Turkey is working together with not only Saudi Arabia, but also its other allies,” said foreign ministry spokesman Tanju Bilgic, adding this had been true all along. “There is no new factor.”

But one Syrian rebel source said there was already more logistics coordination and financing, including support from Saudi intelligence officers.

That appears to have helped an Islamist rebel alliance to seize northwestern towns including the provincial capital Idlib from government forces in recent weeks.

“The improved relationship between Saudi Arabia, Qatar and Turkey has had a positive impact … We had differences between groups on the ground. Now we see more unity because of the regional consensus,” the source said.

“The change in Saudi Arabia has been very decisive, it’s now about taking action.”