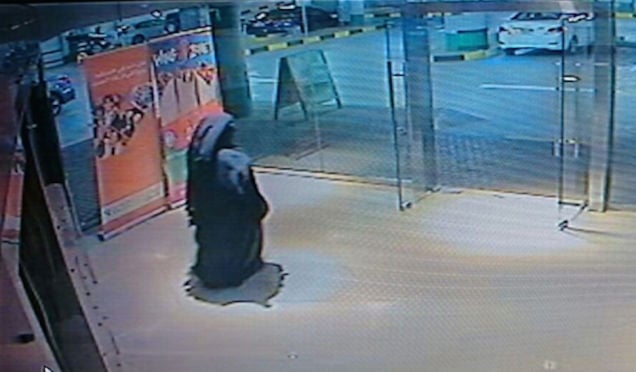 A medical report has indicated that the accused in the Reem Island murder case was aware of her actions while committing the crime, a UAE Federal Court heard.

After Al Hashemi pleaded not guilty and confessed hearing voices, the court called for an examination of her mental health.

The report shows that the accused did not suffer from any mental or emotional issues, prosecutors said.

“The summary of the report states that the defendant is responsible for her actions, and that she was aware of and had the will to commit the crime, and no mental or emotional issue was found,” presiding judge Falah Al Hajeri was quoted as saying in The National.

Meanwhile Al Hashemi rejected the court’s findings and continued to say that she acted without realising the gravity of her actions.

A lawyer for the prosecution said that the medical report proved the accused’s intentions.

“The defendant’s mind is filled with terrorist thoughts, which she spreads. She looked at online websites where she supported terrorist groups and she had done her research by listening to lectures and watching videos and photos before attempting her criminal act,” he said.

He added that the fingerprints found on the toilet’s door handle and on a bomb outside another resident’s doorstep matched with Al Hashemi’s, building the evidence against her.

The case was further adjourned to June 8 when Al Hashemi’s lawyers will present their arguments.

Dubbed the Reem Island ghost, Al Hashemi – dressed in an abaya, black gloves and a niqab – allegedly lured Ryan into a toilet stall and attacked her in it

Following the killing of Ryan, she proceeded to plant a bomb at the doorstep of an American doctor in the capital. But the explosive failed to detonate, foiling her plans to harm him and create mayhem, officials said.

Her plans were also thwarted by the police who identified and detained her within 48 hours of the crime through the help of CCTV footage from the mall.

The accused was later charged on the counts of “collecting explosive materials, which is prohibited to be assembled by law, without a license, and establishing and managing electronically an account on the internet under a pseudonym with a view to promoting ideas of a terrorist group.”

Al Hashemi was also accused of “publishing through this account information intended to distort the reputation, prestige and stature of the state and undermine its figures, in addition to funding a terrorist organisation knowing that it will be used in terrorist acts.”

The prosecution said she committed these crimes with intent “to cause death, to stir up fear among people, to compromise the prestigious stature of the state and threaten its security and stability.”