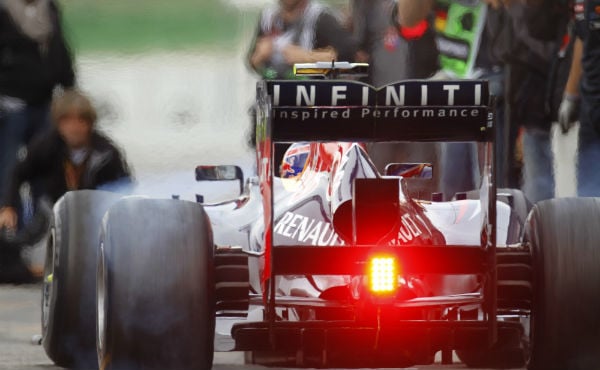 Infiniti, the premium car brand from Nissan, is eyeing up competition with ‘the three German guys’ as it aims to provide a ‘human touch’ over its more established competitors.

The high-performance arm of the Japanese manufacturer is going after one of the most hotly contested markets in the automotive sector, which has been dominated by Audi, BMW and Mercedes for years.

Infiniti has made a name for itself since early 2011 as a sponsor for Red Bull Racing, the Formula One team owned by the energy drinks company of the same name. The team won the Constructors’ Championship for the third year in a row at the final race of the season, in Sao Paolo yesterday.

Shortly before the race Infiniti announced a four-year extension to its partnership with Red Bull, which will see the automotive brand become a title partner from 2013 and the Formula One outfit be rebranded as Infiniti Red Bull Racing.

“We are a performance brand, we are a premium brand and we also, as a Japanese brand, want to differentiate ourselves from the German competitors through hospitality – a little more human touch than just a driving machine,” says Andreas Sigl, global director for Infiniti’s Formula One division.

Instead Infiniti is aiming for the big guns – the three firmly established, European brands in the luxury and performance sectors.

“If you look at our competitors, basically we say let the three German brands fight over 90 per cent of the pie. But we want to have a fair share to fight over the remaining 10 per cent and that’s really the place we believe we can take,” explained Sigl, speaking to Gulf Business at the Abu Dhabi Grand Prix earlier this month.

Infiniti’s motto – “Inspired Performance” – features heavily on Red Bull’s Formula One cars and the racing suits of its drivers, including brand ambassador Sebastian Vettel who became a three-time World Champion in Brazil on Sunday. Vettel has also had a large hand in the design and performance of the brand’s latest model, the FX Vettel edition.

Despite being a recognised and successful brand in North America, Infiniti has struggled to impose itself in the European and Chinese markets and hopes its partnership with Red Bull will help to put it in a position to challenge the more established players.

“One of the issues when you’re an emerging luxury brand is base of awareness,” says Simon Sproule, vice president, head of global marketing and global motorsport for Nissan and Infiniti.

“So when people think luxury they tend to think of the three German guys [Audi, Mercedes and BMW] and then they remember ‘oh there’s that Japanese company owned by Toyota, and oh there’s another one isn’t there’.”

Speaking to Gulf Business, Sproule revealed the main rival to Red Bull for its sponsorship deal at the end of 2010 wasn’t another Formula One name but an English Premier League football team.

“We took the decision that we needed a global platform for Infiniti to build basic awareness and so we set about evaluating a number of different options.

“We very quickly whittled it down to a couple of sports that had global reach and had the awareness metrics that we were looking for, and that was soccer and Formula 1.

“In the end the decision to go with Formula 1 was clear. Red Bull were the best team for us; coming new into the sport, they were very different, they weren’t traditional and we started to package together a deal with them.”