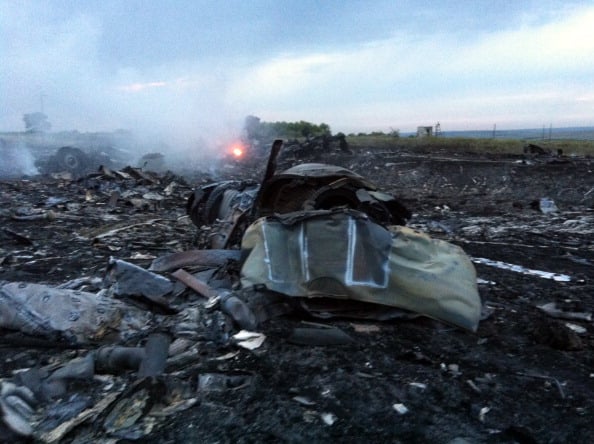 The U.S. government believes that pro-Russian separatists most likely shot down a Malaysia Airlines jet “by mistake,” not realising it was a civilian passenger flight, U.S. intelligence officials said on Tuesday.

The officials, who spoke on condition of anonymity, said the “most plausible explanation” for the destruction of the plane was that the separatists fired a Russian-made SA-11 missile at it after mistaking it for another kind of aircraft.

“Five days into it (following the crash) it does appear to be a mistake,” one of the officials said in a briefing for reporters.

The officials said that their assessments were backed up by evidence from social media and by intercepted conversations of known pro-Russian separatists, whose voice prints had been verified by U.S. agencies.

The speakers initially bragged about shooting down a transport plane, but later acknowledged that they might have made a mistake, the officials said. All 298 people aboard died.

The downing of flight MH-17 deepened the Ukrainian crisis and prompted international outrage. Separatists in the Russian-speaking east have been fighting the Ukrainian military since pro-Western protesters in Kiev forced out the Moscow-allied president earlier this year.

U.S. President Barack Obama’s administration has said it is convinced the airliner was brought down last Thursday by an SA-11 ground-to-air missile fired from territory in eastern Ukraine controlled by pro-Russian separatists.

U.S. officials said earlier that satellite data showed a plume of smoke left in the missile’s trail that allowed analysts to calculate a launch area near the Russia-Ukraine border. They also said infrared sensors detected the explosion of the jet.

WHO PULLED THE TRIGGER?

The intelligence officials said they did not know at this stage who had actually fired the missile.

The intelligence officials said they had reports that as many as a dozen aircraft had been fired on from separatist-controlled areas during two months of fighting between the Ukrainian government and rebel forces. Two were large transport planes, the officials said.

Most if not all of the aircraft which had been targeted had been flying at low altitude. When it was hit the Malaysian airliner was at 33,000 feet.

The intelligence officials said the U.S. did not know that the separatists were in possession or control of SA-11 missile systems until after the Malaysia Airlines plane was struck.

Separatist leaders have said they did not bring the Malaysian plane down. Russia has denied involvement.

They said the air-to-air missile theory was backed by little or no evidence, and that while the Ukrainian government has had access to SA-11 missiles, there was no evidence they had deployed them anywhere near the region where the plane crashed.

The intelligence officials said that for several weeks the United States had been tracking the movement by Russia of large amounts of weapons, including tanks, armored personnel carriers and multiple-launch rocket systems, across the border.

The officials also said that rebels were being trained at a large military base near the city of Rostov in southwestern Russia.