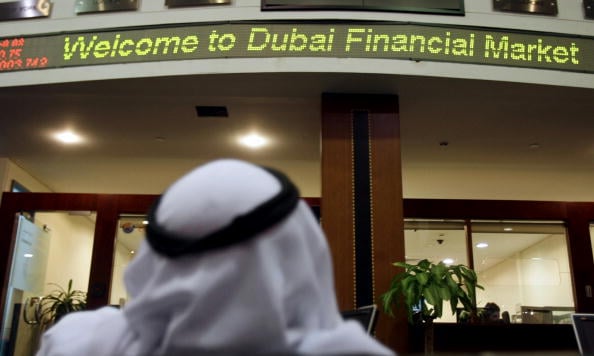 Dubai’s index rises 1.8 per cent to 2,569 points. It lost 5.4 per cent the previous week over worries of a U.S. military strike in Syria.

Abu Dhabi’s Aldar Properties leads the emirate’s recovery, rising 4.1 per cent. The benchmark advances 0.7 per cent to 3,579 points, after posting losses in the last four sessions.

Catalysts such as an MSCI upgrade to its emerging index for UAE and Qatar underpin a bullish investor outlook for local markets, but analysts expect volatility in coming sessions as Syria jitters trigger bouts of profit-taking.

Elsewhere, Oman’s bourse and Kuwait’s index each climb 0.3 per cent.

The strike, after a congressional vote, would be in mid-September at the earliest.

In the Gulf, Saudi Arabia has raised its level of military alertness in anticipation of a possible Western strike in Syria, sources told Reuters.

Some local markets lost five to six per cent of their value last week and volatility is expected to continue in coming sessions.

Investors are likely to shift to defensive stocks – such as Abu Dhabi banks, that pay healthy dividend yields and are expected to have a strong growth in 2013 earnings, said Wael Darwish, head of sales and trading at Mubasher Financial Services.

In Egypt, renewed street violence may further add downward pressure on investors sentiment. Six people died as thousands of supporters of ousted Islamist president Mohamed Mursi marched through Cairo and cities across Egypt on Friday to demand his reinstatement.

Brent crude for October fell $1.15 on Friday and U.S. shares fell ahead of a long weekend.