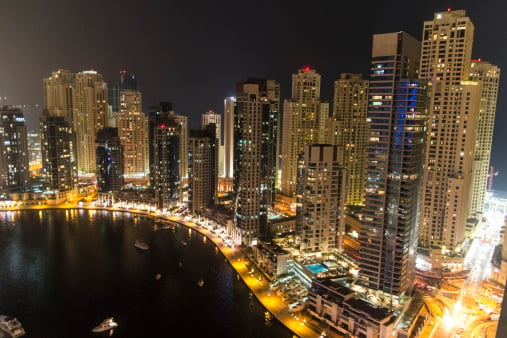 Real estate has been ranked as the most favoured asset classes by UAE investors, with 67 per cent believing it to be among the best performing assets in 2015, a new survey has found.

UAE investors, who were included for the first time in the survey, rated stocks (47 per cent) and precious metals (39 per cent) as other favoured asset classes.

The trend was similar to global results where 57 per cent of the respondents expect stocks to be among the top performing asset classes in 2015, while real estate (52 per cent) and precious metals (39 per cent) rounded off the top three.

Looking at longer investment horizons, UAE investors continued to rank real estate (68 per cent), stocks (46 per cent) and precious metals (39 per cent) as the top three over the next decade.

Interestingly, investors in the UAE also ranked real estate and stocks as the top two of three riskiest asset classes in 2015 and over the next 10 years.

In terms of markets expected to provide the best returns for equity and fixed income, the top three included the Middle East, Asia including India and the US and Canada.

According to the survey’s results, 56 per cent believed that the UAE stock markets rose in 2014 with 19 per cent also stating the rise was significant. The markets actually returned 13.71 per cent last year according to the MSCI UAE GR USD index.

Investor sentiment for the year ahead remains bullish, with 64 per cent believing the UAE market will continue to move upwards.

“The UAE continues to benefit from its long-standing policy of diversification away from oil,” said Bassel Khatoun, head of MENA Equity, Franklin Templeton Investments ME.

“It has shown remarkable development as a tourism destination, a trade hub and a financial centre. There are also encouraging signs of regulatory reform, including the recently announced Companies Law, which will facilitate further IPO activity.

“This follows from the UAE’s successful upgrade to MSCI emerging markets status last year. We continue to find high potential, compelling investment opportunities in these markets.”

Overall, investor sentiment is high in the UAE, with 94 per cent of respondents expecting to meet their targets, second only to India among the 23 markets polled.

Specifying these goals, UAE investors listed buying a new home (25 per cent), starting or investing in a new business venture (21 per cent) and retirement (13 per cent) as their top three priorities.

However, the survey also found that local investors are increasingly worried about falling oil prices, with 39 per cent listing this as their top concern, followed by inflation (33 per cent) and the state of the global economy (30 per cent).

Up to 65 per cent of those polled plan to be more conservative in 2015.

Dhiraj Rai, director, Gulf & Eastern Mediterranean, Franklin Templeton Investments said: “What we are seeing is a broad mix of indicators pointing to positive sentiment from UAE investors, albeit with the price of oil weighing on this sentiment.

“Despite this tempered view, we are particularly encouraged by the fact that investors in the UAE are overwhelmingly optimistic that they will reach their financial goals.”