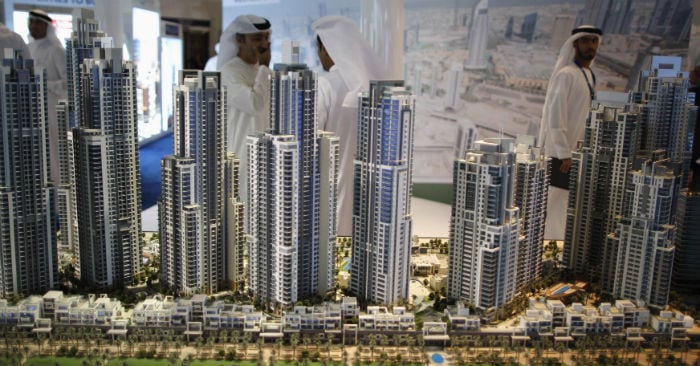 With the stock market in the doldrums and direct property purchases still feeble, Dubai Islamic Bank (DIB) and National Bank of Abu Dhabi (NBAD) are betting on investor interest in REITs, entities that own and manage income-producing property and are later publicly listed. REITs allow banks armed with a vast client database to offer new products, while developers attract liquidity to a sector that has left many investors scarred.

Attempts to create REITs are not new.

Firms in Kuwait and Bahrain failed to publicly list vehicles, while Nakheel abandoned REIT plans in 2008, the year the market began a slide toward a property price crash that has exceeded 50 per cent.

“We first investigated the concept of a REIT in the GCC in 2006 and had advanced discussions with a number of major players,” said Sylvain Vieujot, deputy executive chairman of Emirates REIT, DIB’s joint venture with France’s Eiffel Management.

“However, at that time the market was at a point where the main focus was capital appreciation. In 2009, after the economic crisis, the scenario was reversed. Values of assets were stagnant and therefore it had become more attractive to transfer them to the REIT to benefit from a more stable, secure and diversified income stream.”

DIB set up in 2010 a Sharia-compliant Emirates REIT, seeded the fund with some of its properties and later added three other shareholders: Deyaar, Dubai Properties and TECOM Investments, which have transferred assets to the REIT and received payment partly in equity and partly in cash.