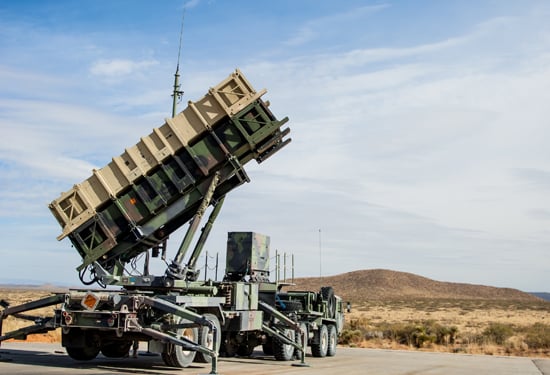 Tim Glaeser, vice president with Raytheon’s integrated defense systems business, gave no exact details on the cost and number of Patriot batteries involved, but said he expected the two sides to reach a deal within the next four to eight weeks.

Former Raytheon Chief Executive Bill Swanson had told analysts in January that he expected Qatar to finalise an order worth over $2 billion in the first half of 2014. But foreign military sales often take longer than expected to close.

The Patriot sale to Qatar was part of a $23 billion weapons package announced by Qatar in March that includes Boeing Co attack helicopters and Javelin missiles built by a Raytheon-Lockheed Martin Corp joint venture.

Qatar is beefing up its defenses to counter a growing perceived threat from Iran.

The Pentagon first approved the sale of up to $9.9 billion worth of Patriot batteries and other equipment in late 2012.

Once the Raytheon deal is finalised, Qatar will become the 13th country to operate the Patriot missile defense system, and the fourth of six Gulf Cooperation Council members to opt for it, Glaeser said.

He said Qatar’s decision to choose the Patriot over rival systems, including the Medium Extended Air Defense System developed jointly by the United States, Germany and Italy, sent “a pretty significant message” about the continued relevance of the Patriot system, which has been upgraded in recent years.

Glaeser said Raytheon was also in talks with Saudi Arabia about additional Patriot batteries under a separate commercial sale. The United Arab Emirates have already ordered the updated Patriot system, and Kuwait is also upgrading its capabilities.

Gulf countries have been looking at creating a regional missile defense system that would link existing Patriot systems and other equipment in the region, Glaeser said, but no final decisions have been made.