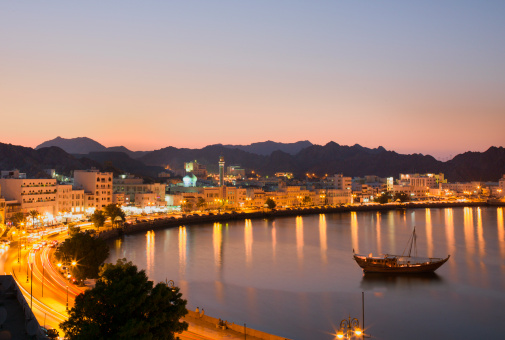 Ratings agency Moody’s Investors Service has downgraded the Oman government’s long-term issuer and senior unsecured bond ratings to Baa2 from Baa1 and changed the outlook to negative from stable.

The agency blamed the downgrade on Oman’s continuing reliance on the oil sector, which has continued to remain depressed over the last few years.

“In Moody’s view, progress towards addressing structural vulnerabilities to a weak oil price environment has been more limited than expected, reflecting institutional capacity constraints to address the large fiscal and external imbalances,” it said in its report.

Fiscal performance in 2016 and during the first months of 2017 was weaker than the government’s reform announcements.

Official data also suggests that the government of Oman posted a deficit of OMR2bn (7.5 per cent of GDP) in the first five months of 2017. The amount signals that there is an “increased likelihood that the sovereign will miss its budgetary targets for the second year in a row,” the report said.

Non-oil revenues were also fairly weak, despite the introduction of measures aimed at boosting the sector this year, including changes to the corporate income tax rate regime which were delayed from 2016.

“While the government has started to implement fiscal consolidation measures, Moody’s believes the challenges are significant and that the plan is unlikely to address structural issues — the high dependence of Oman’s government finances on oil revenues and government spending dominated by current spending,” the report said.

With such high dependence on oil, the Omani government’s finances and external accounts remain highly vulnerable to oil price swings.

The International Monetary Fund (IMF) estimates that Oman’s fiscal breakeven oil price will remain close to $80 per barrel over 2017-18, basically unchanged from 2016, and the second-highest in the GCC after Bahrain.

According to the IMF, Oman’s external breakeven price at $75 per barrel is the highest in the region. This means that current account deficits will remain wide and financing will rely heavily on foreign portfolio inflows.

“Despite some gradual fiscal consolidation, for the coming years until 2020 Moody’s projects continued high fiscal deficits averaging close to 9 per cent of GDP until 2020,” the report added.

“Given the negative rating outlook, any upward movement in the rating in the foreseeable future is highly unlikely,” said Moody’s.

However, Oman’s outlook might be changed back to stable if a “clear and comprehensive fiscal and economic policy response were to emerge, offering the prospect of sustained changes to the government’s revenue and expenditure composition”, the report said.

“A faster reduction in fiscal deficits, a stabilisation of the government’s net asset position and improvements to the external liquidity position would be credit-positive,” it added.

Meanwhile, signs of an emerging fiscal or balance-of-payments crisis would exert downward pressure on the rating.

A deterioration in the domestic or regional political environment would also be highly credit negative, the report added.