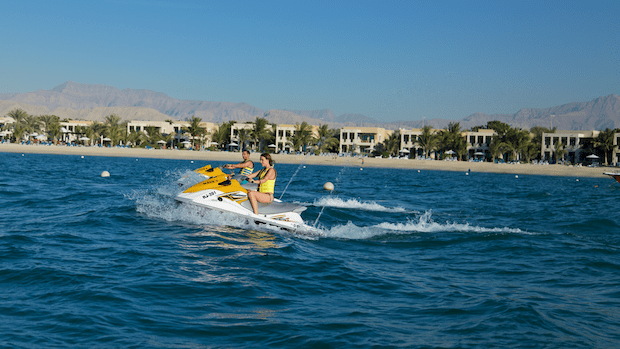 The move follows the emirate’s adoption of new regulation allowing citizens and residents to apply for a holiday home licence provided they register through an online portal and meet the criteria.

Under the memorandum of understanding, the two sides will promote then new rules and responsible home sharing through a hosting page informing hosts of the regulation and sending them regular email remainders.

They will also exchange insights on travel trends on Airbnb, raise awareness of the positive im and boost tourism.

The partnership is the second signed by Airbnb in the UAE after signing a deal with Dubai’s tourism body.

There are Airbnb listings in many Gulf countries but there has been uncertainty as to whether listing on the service is legal in some markets.

The rise of the platform in the region has also come at a time when traditional hotel rates are falling in regional cities due to lower oil prices and new supply.

A study released by Chestertons in October found Dubai Airbnb revenues increased 421 per cent between August 2015 and August 2017 to reach $3.3m following the relaxation of home rental rules.

RAKTDA said the agreement formed part of its goal to welcome one million visitors a year by the end of 2018 and 2.9 million by 2025.

“This project will strengthen our ability to increase the choice of options for our guests and cater to a more diverse traveler portfolio, particularly in light of growing demand towards the sharing economy,” said RAKTDA CEO Haitham Mattar.

“As part of RAKTDA’s responsibility, we will ensure that hosts adhere to the quality standards of safety, insurance, health and amenities needed to enhance the visitors experience.”

RAK has sought to differentiate with tourism heavyweight Dubai through a focus on adventure and nature tourism.

As part of these plans, it has unveiled new zip line and hiking routes.

Airbnb has partnered with more than 350 governments around the world, according to the announcement.