RAKBANK CEO: UAE Credit Bureau Not Having An Impact On Lending - Gulf Business 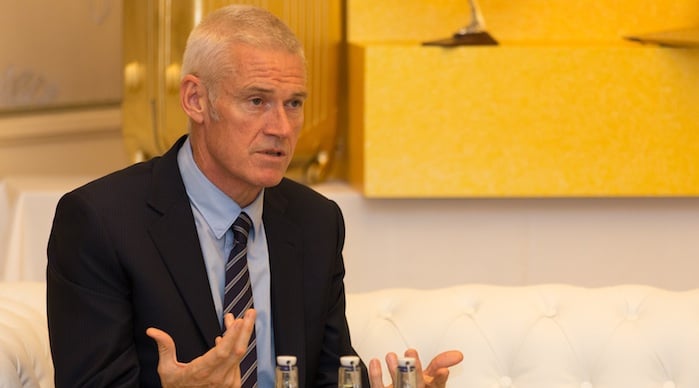 RAKBANK has not recorded any major drop in lending following the establishment of the UAE’s Al Etihad Credit Bureau in 2014, the lender’s CEO Peter England confirmed.

“At the moment we are able to access data, but it’s too early…We are not seeing a sudden change in terms of our lending processes as result of the information that we can see; to be fair, a lot of this information was available before,” England told Gulf Business.

“The Central Bank had various databases to cover most lending – some things weren’t in there – it wasn’t as detailed as it is now.”

The Credit Bureau, created to increase transparency in the market and avoid the repeat of a credit bubble in the UAE, became operational in September and formally launched in November 2014 after multiple delays.

The bureau provides data on people’s credit histories, and during its launch, officials confirmed that 90 per cent of the consumer credit data that was provided to it had been uploaded.

However banks have been slow to warm up to it, partially because the bureau did not accept liability over its information.

Hence the anticipated drop in lending has not been reflected in the market.

“At this point, we are not seeing a major drop in lending,” confirmed England.

“The first thing is that it is not compulsory for the banks to rely on the credit bureau to make these decisions. They do need to provide the data but banks can make their own decisions to whether they want to access the bureau or not at this point in time.

“Also, to be honest in our case, my feeling is that the level of credit losses that we [RAKBANK] have experienced all of these years – I don’t think we could have been making too many bad decisions,” he said.

“We are in a risk-taking business. For every product we write, we expect that a certain amount of those customers will not to pay us back over a period of time.

“Overall, we haven’t seen a major change in our lending focus or a major drop in lending approval rates,” he added.

In 2014, RAKBANK recorded credit growth of 15 per cent, higher than the market average of eight to nine per cent, mainly because its core market of retail and SME clients continued to borrow heavily.

“The SME sector has increasingly become an extremely strong focus for us – a lot of growth last year came from commercial lending as distinct from very small businesses – so we have moved into moderately high lending – not large corporate tickets – but more mid-scale corporate lending,” England stated.

For 2015, the bank is again targeting around 10- 12 per cent growth, provided oil prices don’t create further havoc in the market.

“I’m quite confident we can achieve it – subject to whether there’s a major issue with oil prices or not. But when we look at current dynamics and we look at the growth last month [January] – we are very comfortable with that level of loan growth.

“If yes, oil prices drop further and further for the next 12 months – there will be some impact. If they stabilise where they are at and slowly climb back up – I think that sort of loan growth is achievable,” he added.