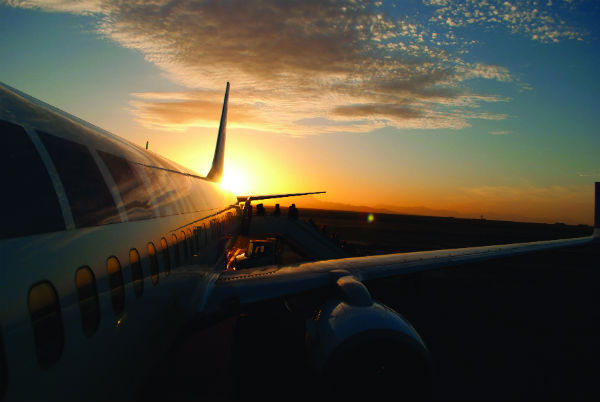 For many explorers, venturing to the Northern Emirates means a stay at one of a string of attractive resorts in Ras Al Khaimah or Fujairah. Most weekenders taking the penultimate exit on Emirates Road soon find themselves in Dibba, Fujairah’s oasis. But take a left turn at the roundabout on the truck road, and you will soon find yourself at one of the area’s best kept secrets, nestling in the triangle formed by the villages of Hamraniyah, Mudfak and Al Faslayn: RAK International Airport.

The government of Ras Al Khaimah has created several agencies to foster economic development. RAK Investment Authority, RAK Investment and Development Authority and RAK Tourism Authority are all committed to the drive to attract business and visitors. Industry is mushrooming, with RAK Ceramics’ global success acting as a springboard for a multitude of ventures at RAK’s industrial parks. Another player contributing to the effort is a revitalised RAK Airways.

Founded in February 2006, flights commenced on 29 November 2007, only to cease in December 2008 due to the global downturn. In September 2010, the airline began operations once again. In addition, in a deal with charter operator Jet2, RAK Airways is to begin operating double-daily flights from Germany, when the tourism season starts up again in September, after daily flights last season, as well as a spate of arrivals from Sweden, boosted annual throughput to 50,000 tourists.

The airline’s scheduled flights serve nine destinations: Jeddah, Doha, Cairo, Calicut, Dhaka, Lahore, Chittagong, Peshawar and Kathmandu, with special buses laid on to bring travellers from locations throughout the UAE, including Al-Ain and Dubai. Today, it operates two Airbus A320s with another likely to join the fleet early in 2013, after plans for its acquisition in October were pushed back. If all goes according to plan, the airline hopes to have a fleet of 10 by 2015.

“The main challenge for a start-up carrier… is to manage its finances,” says CEO John Brayford, who was appointed in April 2012. “In our case, we are operating a relatively new airline in an environment where we have some of most successful carriers in world. To name a few, Air Arabia and Emirates are growing, while flydubai is very ambitious and quite ruthless in expansion of its network. We can’t afford as a small carrier to lose control of our finances.”

RAK Airways runs limousine pick-ups for high-end UAE passengers, who can travel business class on RAK Premier, introduced in June. Eight seats are available on one A320 and six on the other. Travel time from South Dubai is around 75 minutes; getting through baggage and passport control at RAK Airport takes 10 minutes. Brayford says the service is competitive, costing Dhs1,600 to Doha, compared to Dhs4,500 on Emirates and Dhs5,700 on Qatar Airways.

Several hotels are attracting high-quality European tourists to resorts like the Banyan Tree Al Wadi, the Hilton Ras Al Khaimah Resort and Spa, The Cove Rotana and the RAK Waldorf Astoria, due to open later this year. These visitors are quite happy to spend seven days in the emirate at highly competitive hotel rates, at least compared to Dubai and other premium destinations, and make the occasional foray to Dubai Mall for a day’s shopping.

RAK Airport is also thriving. Andrew Gower, RAK Airport CEO and former boss of Liverpool’s John Lennon International, hopes to create new cargo and maintenance, repair and overhaul (MRO) facilities in future to cater to the massive market for players like Emirates and other flag-carriers in the region. The airport saw 328,000 passengers in 2011 and expects this to hit one million in 2015, an annual growth rate of 32 per cent. “We are talking to GCC players and hoping to bring in another low-cost carrier,” he says.