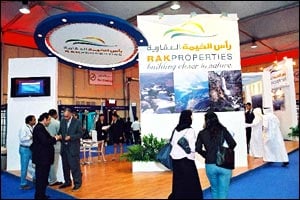 The property developer, which is listed on the Abu Dhabi Stock Exchange, has also proposed a five per cent cash dividend for its shareholders, it said in a statement.

“In 2013, we handed over 192 residential units, including villas, townhouses, apartments and commercial offices in Mina Al Arab and Julphar Tower in Ras Al Khaimah and RAK Tower in Reem Island in Abu Dhabi.”

Al Qadi said that real estate prices in the UAE are expected to rise following Dubai’s successful Expo 2020 bid and expects the positive sentiments prevailing in the market to spill over to Ras Al Khaimah’s property sector as well.

“The leasing of residential, offices and retail space has seen a noticeable increase and this improvement is expected to continue during 2014,” he said referring to the northern emirate’s property rates.

Al Qadi added that the company has been seeing increasing investor interest and has undergone significant expansion in Abu Dhabi and Ras Al Khaimah.

Rental rates in the northern emirates have been rising in correlation to Abu Dhabi and Dubai.

According to an Asteco report, apartment rental rates in Ras Al Khaimah increased year-on-year by 18 per cent in 2013 while rents rose by six per cent in the fourth quarter of 2013 alone.