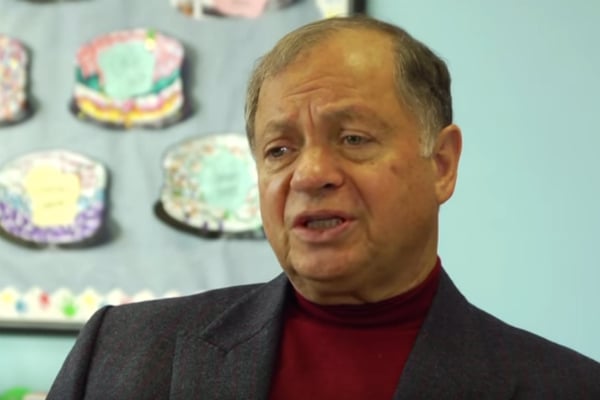 The UAE’s Ras Al Khaimah Investment Authority (RAKIA) had agreed to respond to questions at the High Court in London related to its alleged role in the hacking of American-Iranian aviation businessman Farhad Azima.

RAKIA has accused Azima of orchestrating a smear campaign against the emirate and its ruler Sheikh Saud bin Saqr Al Qasimi and embezzling public funds. He is being sued for breaching the terms of a $2.6m settlement agreement reached after a business deal went wrong

As part of its case, the organisation is using documents from around 2014 obtained from Azima’s email accounts, which were hacked.

A judge ruled in July that the organisation could use the documents as part of a growing civil case launched against Azima, the CEO of an aircraft leasing firm, in the UK courts in 2016.

Azima separately launched a $20m legal claim against RAKIA that same year in the United States alleging the organisation was responsible for hacking his emails and text messages in 2015 and 2016.

At a hearing at the High Court in London on Monday, RAKIA agreed to respond to questions and provide documents related to its alleged role in the hacking, according to Azima’s solicitors Zaiwalla & Co LLP.

Azima argues that RAKIA obtained his private and confidential data by unlawful methods.

RAKIA contends it instructed investigators and former public relations firm Bell Pottinger to monitor the internet for material relating to Azima and download his stolen personal data from Bittorrent sites, according to Zaiwalla.

However, it denies any involvement in the hacking of his computers or the dissemination of the stolen material on the internet.

The presiding judge said he would expect RAKIA to explain in more detail how it came by Azima’s data.

“As Mr Azima’s lawyers acknowledge, RAKIA denies any role in hacking his material, and looks forward to the January 2020 trial to show how he violated agreements and acted illegally against the interest of the Emirate,” a RAKIA spokesperson said.

“RAKIA has agreed to provide responses to questions on the alleged hacking of Mr. Azima’s appliances since there is nothing whatsoever in these absurd and entirely unfounded allegations. Similarly, Mr. Azima must respond to direct questions put to him by RAKIA.”

Azima’s solicitor Sarosh Zaiwalla said if it was proven RAKIA was involved in the hacking the case could be thrown out.

A further hearing to decide the issue is expected next month.

The trial is scheduled to begin at the London High court on January 20, 2020.

RAKIA has been pursuing court cases across the world against former executives for fraud.

In May last year, the Ras Al Khaimah Criminal Court sentenced the former CEO of RAKIA Khater Massaad and two other former RAKIA executives to 15 years in jail over embezzlement charges.

Azima said he was brought in by RAKIA during the 2015-2016 period to help mediate the dispute with Massaad having worked with RAKIA over the previous decade. He claims RAKIA wanted to damage his reputation as part of a broader campaign against Massaad after talks broke down. RAKIA has denied the allegations.

The organisation started legal action against Azima in 2016 accusing him of paying a $0.5m bribe to Massaad and taking an “improper secret commission” during an attempt to sell a hotel in Georgia, owned by a RAKIA subsidiary, to Iranian buyers in 2011.