The Adrian Bosshard of the Nineties did a very different thing for a living than the Swiss national who grew up in Biel does today. Back then, he was a MotoGP World Championship rider having participated in races around the globe. It’s a world away from where he’s eventually got to – that of the CEO of Rado, part of the Swatch Group.

Bosshard left the racing world and joined the Swatch Group in 1996, going on to become the long-time CEO of Certina as well as Union Glashütte, before taking on the top job at Rado in July 2020. It’s a brand that resonates at a personal level for the former racer. “On March 21, 1991, my wife presented me with my first expensive watch for our wedding – a Rado Integral timepiece which I still wear to this day. [At the time], I never dreamt that one day I would be the CEO of this brand.”

Bosshard may have got the top job at Rado in the thick midst of the pandemic, but he isn’t exaggerating when he says that sales of the brand have shot up last year. While the Swatch Group doesn’t reveal a break-up of the performance of its individual brands, the group as a whole swung from a CHF53m loss in 2020, to a thumping CHF774m net profit in 2021. Its sales overall climbed around 30 per cent to CHF7.31bn last year.

“The challenge for our brand is to produce enough watches to meet the demand. Currently, it is a big challenge for us to ramp up our production. We are in the process of increasing the capacity of our production, but this cannot be done within six months. We need more time,” says Bosshard.

A recent report by the Federation of the Swiss Watch Industry (FH) stated that in 2021 Swiss watch export figures reached an all-time high of CHF22.3bn. Bosshard explains that as far as Rado is concerned, its sales are not majorly dominated by any single market. “We do a little bit more than one-third of our business in Asia, including Greater China. We do around one quarter in Europe and Russia, and a little over 10 per cent in the US and Latin America. We are doing around 28 per cent of our business in the Middle East, including India, where we have a very heavy market share,” notes Bosshard.

We met in March at the opening of the latest Rado boutique in Dubai’s bustling Al Fahidi Street located in Meena Bazaar. It is Rado’s sixth boutique in the UAE, and its fourth in Dubai, opened alongside Rivoli Group, Rado’s exclusive distributors in the UAE, Qatar, Bahrain and Oman. “At Rado, we are specialists in terms of watchmaking and global marketing. Rivoli is a specialist in local retail and marketing within this region. With a very competent staff, they are able to transfer our excellency in watchmaking to the end consumers.” 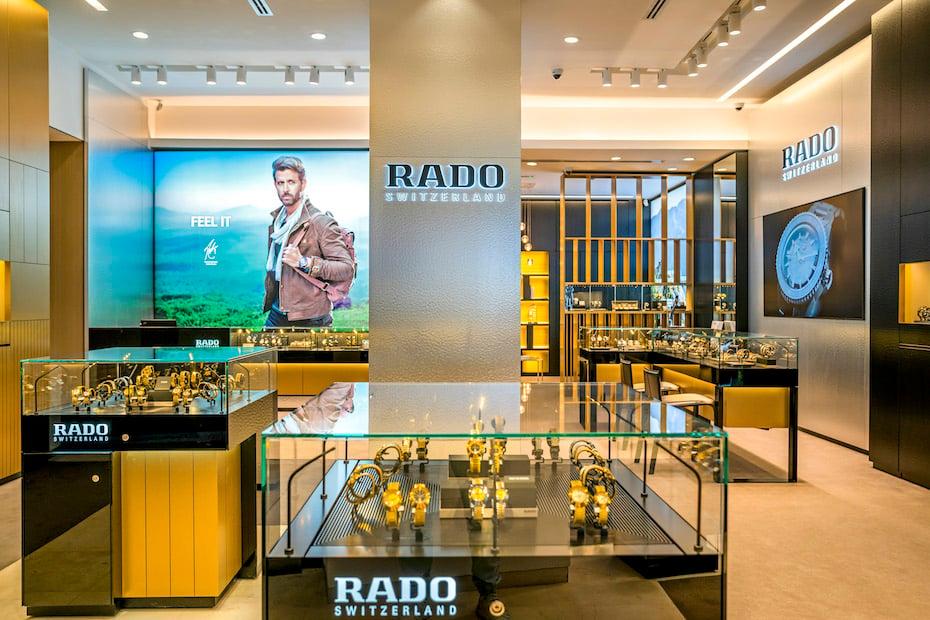 The way forward
What has kept Rado firmly in the spotlight is the use of innovative materials in watchmaking, a practice that goes back several decades. Back in 1962, its DiaStar 1 used new hard metals in its construction that went on to be positioned by Rado as the “world’s first scratchproof watch.” In 1986, it shot back into the spotlight with the Rado Integral which used a scratch-resistant high-tech ceramic, typically used in the construction of aircraft.

Last year, Rado debuted the Captain Cook High-tech Ceramic that featured a calibre 3R734 automatic skeletonised movement. “We’ve had great success with this product line,” says Bosshard. “It is inspired by the 1962 Captain Cook vintage piece, but is one in which we have put in all our technical expertise available as of last year in terms of materials and movement. Since the launch of this product last year, it has been sold out and we never have any stock of it.”

He reveals that a successor to last year’s piece will debut later this year and will reinforce the timepiece’s positioning as a proper diving watch. “In May or June this year, we will launch a new Captain Cook High-Tech ceramic, but which will be a certified diving watch and will have a closed dial.”

Bosshard goes on to note the other timepieces too which will be added to the collection this year. “We launched the Florence Classic, a very elegant watch, at the beginning of the year. We will also have a very colourful collection of the True Thinline with a model for spring, summer, autumn and winter in four different colours.” 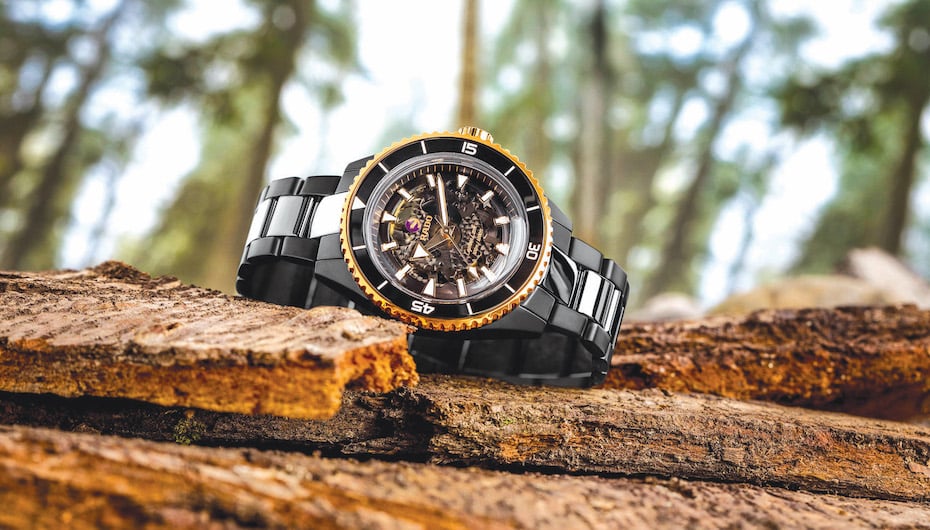 As for the medium that Rado employs to get its watches to the end consumers, Bosshard would rather focus on the quality of that distribution channel, rather than the channel itself. “For me, I don’t care if a customer is buying in a mono-brand boutique, in a department store or via our e-commerce channels. It’s important to me that the customer has a quality experience, and in the end, it’s up to him to make the decision.” With that in mind though, Bosshard is growing the e-commerce offerings of the brand, though isn’t unduly concerned that some markets rank above the others in terms of their e-commerce share.

“We have our highest e-commerce share in the US where it accounts for more than 25 per cent [of our sales]. We have very important countries like Switzerland or Austria where we’re doing e-commerce of only 2-3 per cent because the countries are small, and we have Rado stores in all the major cities there and customers prefer to enter a Rado store.”

Bosshard who has been in the business of watchmaking for over two-and-a-half decades, now presides over a brand that is regularly regarded as among the 20 most widely selling Swiss watch brands in the world. With his industry track record, he isn’t about to let the brand skid off the track anytime soon.

Emirates inks MoU with Jafza to support SMEs in Dubai