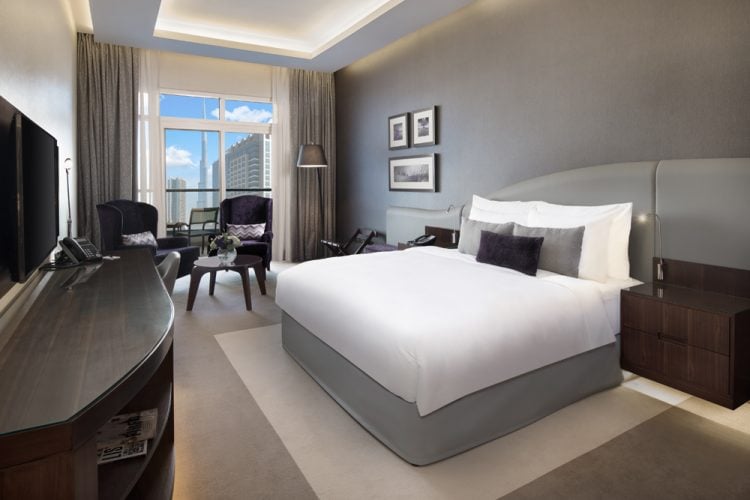 The motor-themed hotel has 67 Superior Rooms overlooking the racetrack, an upside-down vintage replica Ferrari in the lobby – complementing the Formula DXB Park Inn car outside – and colourful tyres alongside its walls as well as four themed meeting rooms (Paddock, Chicane, Apex and Podium) which can host up to 200 guests.

The 229 Silicon Oasis apartments comprise studios, one- and two-bedroom apartments and come with kitchen facilities and free high-speed wifi. The ground floor Larder restaurant serves an international lunch and dinner menu and the lounge café is opposite, close to three meeting rooms which can host up to 45 delegates. Separate male and female outdoor pools and gym facilities are also available.