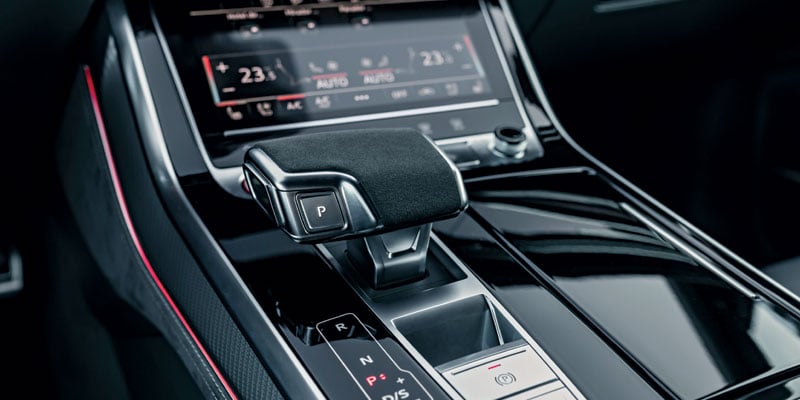 If you’re old enough – or up to speed on your automotive history – you’ll remember the time when SUVs were slow, lumbering behemoths that were good at lugging loads and taming rugged terrain, but not much else.

There was nothing vaguely sporting about the 1940s Willys Jeep and Land Rover Series 1, which evolved into the Defender, but nor was there meant to be.

They were tough, crude workhorses by design.

So, the notion of a high-sided SUV that scorches from 0-100kph in 3.8 seconds and hits 305kph flat out – as is the case with Audi’s bonkers RS Q8 – might seem patently absurd to someone who’s time-travelled to the present from the Fifties. Indeed, modern usage patterns – whereby most SUV owners never actually need to go off-road – have thrown up a breed of fire-breathing crossovers with performance stats that would shame even the most extreme supercars of a decade or two ago.

Consider this: the RS Q8 recently set a lap time of 7minutes and 42seconds at the Nürburgring Nordschleife – a perilous 20.8km track acknowledged as the ultimate acid test for any performance vehicle – which means the Audi is not only the fastest SUV in the world, but also more rapid than yesteryear supercars such as a 2007 Lamborghini Gallardo Superleggera, 2010 Mercedes SLS AMG or 2007 Ferrari 599 GTB. 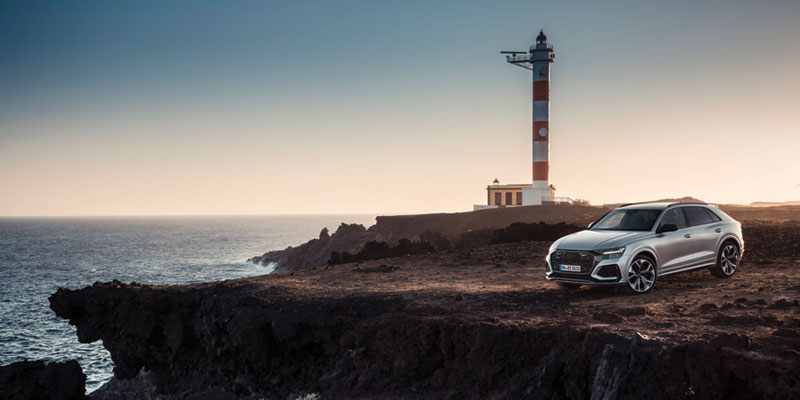 It’s staggering to think that a vehicle that weighs over 2.3 tonnes and stands more than 1.6m tall could set such a blistering benchmark, but that’s what’s achievable when a steroidal powertrain is married to a well-sported chassis, stuffed with every bit of electronic go-faster trickery that exists today.

At the RS Q8’s heart lies a 4-litre twin-turbo V8 that thumps out 600hp and a towering 800Nm, and these outputs are channelled to the tarmac via a seamless eight-speed automatic and quattro all-wheel-drive that cleverly apportions torque to the wheels with the most grip.

The car rides on air suspension that allows for 90mm of adjustability between its highest and lowest settings, plus there’s adaptive dampers, active roll stabilisation to keep the car flat under hard cornering and a torque-vectoring rear differential to make the most of all that turbocharged V8 grunt. In addition, there’s a four-wheel-steer system that makes for a tighter turning radius at low speeds, while boosting stability at higher speeds.

The RS Q8, as you may be aware, shares most of its core hardware with the Lamborghini Urus, but there are subtle differences in tuning and calibration, and the Audi also scores a 48-volt mild hybrid system that recuperates energy under braking and shuts down the twin-turbo V8 if you take your foot off the throttle at speeds between 55-160kph. The engine also switches off when stationary at traffic lights, but it fires up automatically as soon as the front camera detects the car ahead has begun to move. This tech is claimed to reduce fuel consumption by 0.8L/100km, although economy would be among the lowest priorities for potential RS Q8 customers.

Our first taste of Audi’s new road rocket takes place in Tenerife, a volcanic isle that has commonalities with Hawaii, Iceland and southern mainland Spain – depending on which part of the island you’re on. Although the vibe is that of a typical beach resort if you stick close to the coast, the landscape (and climate) changes abruptly as you make your way up towards Mount Teide, whose snow-capped peak summits at 3,718m.

First impressions on seeing the RS Q8 in the metal are of how understated it looks compared with the overtly aggressive Urus. Apart from revised front and rear fascias, a beefy 23-inch wheel/tyre combo (optional, as 22s are standard) and a pair of drainpipe-mimicking oval exhausts, it’s not dramatically different to the standard Q8, and I quite like this tasteful visual restraint.

Fire up the twin-turbo V8 and there isn’t the eruption of sound from the exhausts one might have expected. That said, these are Euro-spec cars, and Audi execs say vehicles bound for our market will have a different exhaust system that produces more aural drama. 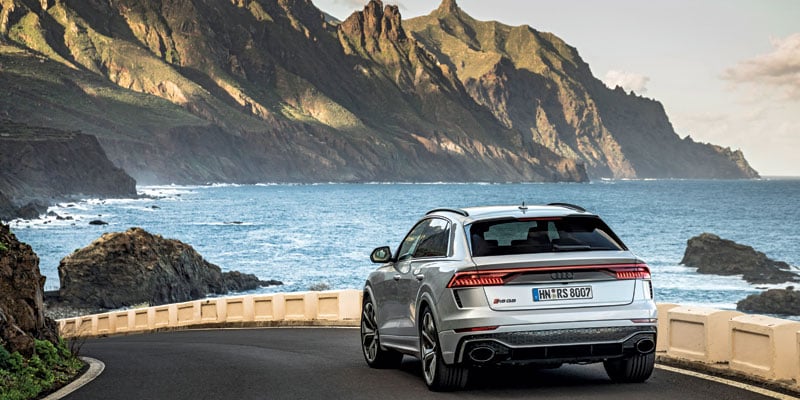 Once underway, it’s initially the civilised demeanour of the RS Q8 that stands out. Road and wind noise are well suppressed, while ride quality is impressively compliant, even in the most aggressive RS2 mode, which is selectable via a new ‘RS Mode’ switch that’s integrated into the steering wheel spoke. The apparent docility of the Audi is quickly dispelled once we hit the narrow, winding ascent up Mount Teide as the 600hp RS Q8 devours the short straights between the rapid succession of corners, with the V8 whooshing – rather than bellowing – with enthusiasm as the revs rise.

The RS Q8 comes standard with huge carbon-ceramic brakes (440mm diameter at the front and 370mm at the rear) and these do a mighty job of wiping off high three-digit speeds with disdain. Above all else, it’s the mind-boggling grip and composure of the 2.3-tonne juggernaut that hits home. There’s an immediate response to steering inputs, enabling you to accurately place the 2m wide chariot on snaking roads such as the ones we’re on today, and you can also make mid-bend directional adjustments without unsettling the car in the slightest. Get to the corner apex and you can simply stand on the gas to slingshot down the next straight. It’s fair to say we hustled the RS Q8 with far more gusto than most owners are ever likely to do and, even then, there was barely a hint of tyre squeal, let alone momentum-sapping understeer to contend with.

According to the laws of physics, what the RS Q8 can do shouldn’t be possible. A fortunate few with deep pockets will get to experience this first-hand, as the new RS flagship lands in our region in April/May, with pricing likely to start around Dhs600,000.