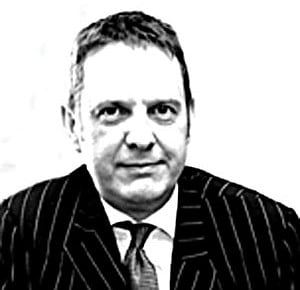 The global economy has experienced a torrid time since the end of 2007 – particularly the part called the developed world. Bankruptcy, political ructions and lacklustre recovery from recession have forced investors to look to emerging markets for investment returns.

But central banks in developed markets have been spurred into action again in the last couple of months as elections in the US near and Germany appears to be slowly moving towards accepting the need for a Europe-wide bond fund.

Quantitative easing, or QE as it’s known colloquially, has become all the rage among central bankers, and markets have reacted positively to news that it’s being adopted in the US, Europe and Asia.

But what is QE? Is it really different to previous methods of stimulating economies? And is it likely to be successful?

First up, it’s important to get one thing clear. QE isn’t new. It was tried once in the US in March 2009 (QE1) and then again in October 2010 (QE2). The first QE was a great success; QE2 was much less successful. QE has also been tried in the UK since 2010, and by the Bank of Japan during the early part of the last decade.

In the case of QE, the level of interest rates doesn’t matter as they are already as low as they can go. QE is all that is left once the central bank has already lowered the cost of borrowing aggressively, and with little impact on economic growth.

This is a clue to whether it is likely to be successful in getting people to spend again. QE is only going to work, in an economic sense, if it leads to people believing that their incomes are going to grow faster in the future than they are now.

If you are likely to have more money down the line, it is possible that you will be more relaxed about spending as opposed to saving. It is this choice between thrift and treats that stands behind the measures being unfurled. Central bankers want people to believe the future is better than the present.

If treasuries are already deeply in debt, the central bank is simply offsetting the negative effects on the economy of large government debts by taking money away from productive uses. QE in this respect is keeping the cost of servicing debts low, but it does nothing to make government and people more fiscally responsible.

And herein lies the problem with QE.

As the great liberal economist Milton Friedman observed, interest rates are very low because the economy is in trouble. Loose monetary policy makes people more likely to go out and spend if people believe the future will be better. Loose fiscal policy, when debt burdens are heavy, does the opposite as the future entails higher taxes with little incentive for politicians to become more responsible.

The outcome of the battle between optimism and pessimism is therefore key to whether Ben Bernanke, Mario Draghi and G7 central bankers are successful in ushering in a sustainable economic recovery and a long-term revival in corporate profitability. For signals on that, we are much better served by watching politics than the idiosyncratic world of central banking.