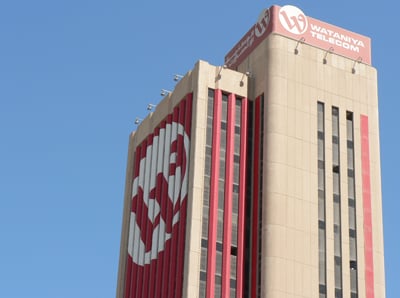 QQatar Telecom (Qtel) is offering $2.2 billion to buy the remaining 47.5 per cent stake it does not already own in Kuwaiti telecom company Wataniya as the state-owned operator eyes acquisitions to ward off threats from rivals.

The former state monopoly, which already owns 52.5 per cent of Wataniya, will pay KD2.6 per share, an 18 per cent premium to Wataniya’s last traded price, through a tender offer open to shareholders.

Qtel has been raising stakes in its subsidiaries, taking advantage of the gas-rich Gulf state’s healthy financial position at a time when other large telecom firms are shying away from deals.

The company has received approval for the transaction from the Gulf state’s market regulator, Capital Markets Authority (CMA), it said in a statement on Thursday.

In June, Qtel agreed to double its stake in Iraq’s No. 2 operator Asiacell to 60 per cent for $1.47 billion, seeking to exploit rising demand for broadband.

Qtel also owns a majority stake in Omani telecom operator Nawras. It bought its existing Wataniya stake in 2007 for about $3.7 billion.

Before they were halted when Qtel submitted its initial offer, Wataniya shares were trading at around 2008 levels, below some analysts’ targets, weighed by political turbulence that has dragged the Kuwait bourse to an eight-year low.

Investors were failing to take account of revenue growth prospects, high cash flow and low debt, analysts said, giving Qtel the chance to be the first full owner of a listed Gulf telecoms operator – possibly at a knockdown price.

The next major hurdle for Qtel is gaining the assent of Kuwait Investment Authority, the Gulf state’s sovereign wealth fund, which has a 23.5 per cent stake in Wataniya.

The fund is yet to decide whether to tender its Wataniya stake to the offer, a source familiar with the matter said.

“The KIA stake is going to be key as the fund owns a similar stake in other telcos in Kuwait, including Zain,” a second source said, adding: “if they sell Wataniya, does that mean they will be willing sellers of the rest? We will have to wait and see.”

In 2010, when UAE telecom company Etisalat bid around $12 billion to take control of Kuwait’s Zain, the sovereign fund was not willing to sell its holding, the source said, declining to be identified as the matter is not public.

Etisalat eventually pulled its bid, citing several reasons including a divided Zain board.

Kuwait’s No. 2 telecom operator has operations in Kuwait, Tunisia, Algeria, the Palestinian Territories, Saudi Arabia and the Maldives. Its main draws are its Algeria and Tunisia units, accounting for about 85 per cent of customers and 60 per cent of revenue.

Wataniya reported a 49 per cent drop in second-quarter profit, hit by foreign exchange losses from its Algeria unit and increased domestic competition.

Qtel is being advised by Barclays Capital and the investment banking arm of National Bank of Kuwait on the Wataniya buy, a banking source told Reuters in June.