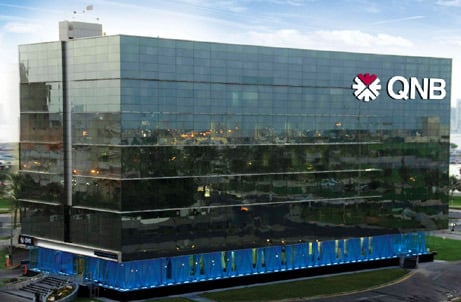 The sale, which is expected to be completed in the first half of 2013, promises a net gain of around 350 million euros ($456 million) and will lift SocGen’s core Tier 1 capital ratio by close to 0.3 percentage points by the end of next year under Basel III banking rules, the bank said.

“This means there will be no more questions over SocGen’s capital base for 2013,” said Natixis analyst Alex Koagne.

“This could lead instead to questions over whether SocGen could pay a cash dividend next year,” he said.

SocGen, like domestic rivals BNP Paribas and Credit Agricole, has spent the past year selling assets and cutting jobs to beef up its capital reserves and lift its stock-market valuation in the face of the global economic slowdown and euro zone debt crisis.

SocGen decided to sell the Egyptian unit even though NSGB has been one of its best-performing overseas assets.

“For QNB, this deal represents a significant move in its bid to expand regionally,” a banking source familiar with the matter said. “They have the capital to execute large transactions which is rare in this environment.”

Although the total price-tag is lower than NSGB’s current market capitalisation of $2.84 billion, its market value was around $2.3 billion before SocGen said on Aug. 30 that it was in talks to sell the stake.

With Egypt locked in fresh political unrest over a push by President Mohamed Mursi to award himself wide powers, there were some fears the deal might fall through, said Jean-Pierre Lambert, an analyst with Keefe, Bruyette & Woods.

“The market was a bit concerned that given the trouble in Egypt the deal might not take place,” he said. “It’s positive that they agreed this before the end of the year as well. It means they don’t have to sell other major assets.”

QNB, which has a market value of around $26 billion, has been on an expansion spree, snapping up stakes in regional lenders as it seeks to build an emerging market franchise with the backing of its gas-rich government.

QNB raised its stake in Commercial Bank International to 39.9 per cent from 16.5 per cent recently. It also increased its stake in Iraq’s Mansour Bank and bought a 49 per cent stake in Libya’s Bank of Commerce and Development in April.

However, the lender lost out to Russia’s Sberbank in its bid for Turkey’s Denizbank earlier this year.

NSGB, which operates around 160 branches across Egypt, is one of the largest banks in the North African country and has assets of around $10.5 billion. It also offers private banking and investment banking services in Egypt.

BNP Paribas is also seeking bids for the sale of its Egyptian retail arm, expected to generate around $400 million to $500 million, sources aware of the matter said in August.