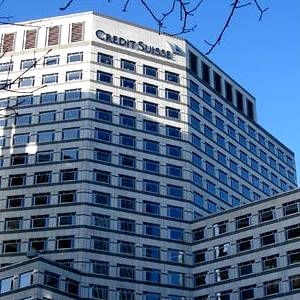 Qatar’s sovereign wealth fund Qatar Investment Authority (QIA), is in the final stages of acquiring Credit Suisse’s headquarters in London and may sign the deal in a few weeks, two sources familiar with the matter said.

“They’re working out the details now. It’s a matter of a few weeks,” one of the sources said, adding that the Qataris would pay 330 million ($517 million) for the property, with a separate leaseback agreement to be put in place with Credit Suisse.

Credit Suisse declined to comment and Qatar Investment Authority was not reachable.

UK newspaper the Daily Telegraph had said earlier that the Qataris had placed 1 Cabot Square in Canary Wharf under offer in the sale-and-leaseback deal with the Swiss bank.

QIA holds a six per cent stake in Credit Suisse and owns shares in Songbird, the majority owner of Canary Wharf Group.

Qatar has acquired other high-profile investments in London, including the US embassy in Grosvenor Square and Harrods department store.