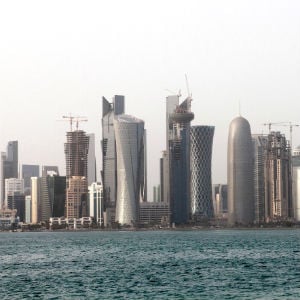 The report goes on to emphasise that the role of SWFs have strengthened due to continued global uncertainty.

Vikas Papriwal, head of SWFs and private equity at KPMG said: “It is clear that the global challenges of the last three years have forced organisations around the world, including SWFs, to evolve. While the investment objectives in the region have certainly changed, including geographical and sector focus, diversification remains a key and common objective for Middle Eastern SWFs as countries in the region seek to reduce their reliance on energy, and oil and gas prices.”

QIA’s investment strategy is primarily based on strategic investments in the multinational corporations allowing them access to key economies in the world along with trophy assets that drives branding and contains long-term benefits, said the report.

The fund continues to acquire more trophy assets that provide a long term potential and has shown a marked interest in diversifying its portfolio by expanding into mineral exploration and extraction in Africa and South America.

At a time of economic downturn, spurred by the global financial crisis and European debt crisis, Qatar has proved to be an astute investor by picking up assets in Greece, Spain, Germany and France, stated KPMG.

The SWF’s portfolio includes other brand names like Volkswagen, Porsche, Tiffany and Harrods along with investments in French oil major Total and Royal Dutch Shell.

Qatar has been constantly under criticism ever since it won the bid to host World Cup 2022, yet the country has not allowed the public criticism to dampen its preparations. The report also mentioned QIA’s plans to diversify Harrods brand through expansion into the hotel business in cities like New York, Malaysia, Paris and China and might include Qatar itself which might need an addition of about 50,000 rooms during the World Cup.