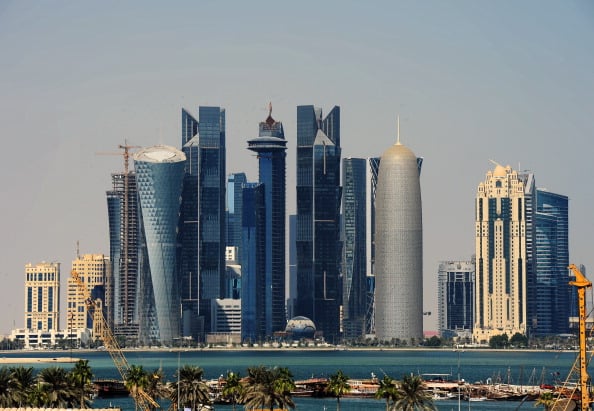 After decades of runaway growth, Qatar’s GDP is set to slow to six per cent in 2012. It’s a handsome rate that the West may hanker after, but given Qatar’s much higher 19 per cent growth in 2011, the country must now reduce its “vulnerability” to hydrocarbon price fluctuations and focus on growing its non-oil GDP, said the International Monetary Fund (IMF).

Growth in the world’s biggest LNG producing country has blossomed along with the gas-led hydrocarbon sector, which grew at an average rate of 11 per cent from 1990 to 2009, transforming the tiny country into a natural gas giant.

“The lower GDP is not a big surprise. In the last five years Qatar’s hydrocarbon projects have been ramped up and now LNG and all the related projects have pretty much reached full capacity,” a senior Doha economist told Gulf Business.

“The important thing is that the growth in the non-oil sector is still very strong – in the next four or five years all the growth with come from non-oil, which will grow healthily at close to double-digit levels.”

But, in an economy where the state drives two-thirds of GDP, government officials say budgets have been delayed, leaving contractors empty-handed.

This has dampened the economy with business activity having fallen by around 40 per cent in 2012, according to senior executives.

“Qatar has been far from sparkling this year,” one Doha-based businessman told the Financial Times.

The colossal 2022 FIFA World Cup spend is yet to register on the economic horizon as the projects are only in the very nascent stages, however, Qatar’s economic journey will be profoundly affected in the long-term the world’s biggest football tournament.

Estimates of planned spending vary wildly. But as part of the bidding process for the FIFA World Cup 2022, Qatar has committed to providing 12 stadiums, each with a minimum capacity of 45,000 and each costing around $4 billion. The direct spending on the stadiums will be around four per cent of the total investment, the government has said.

On top of that is the multi-billion dollar implementation of Qatar’s National Vision 2030, which aims to diversify away from hydrocarbons and ready the country’s infrastructure for its growing population and influx of international businesses.

“Real estate and financial services will drive non-oil GDP. A lot of this will be 2022-related but some is not. More and more people live in Qatar and they want housing, schools, hospitals and entertainment – all of these elements involve a heavy real estate base,” says Emad Mansour, CEO at Qatar First Investment Bank.

“Our role is as a conduit for potential investors ahead of 2022. We will also use some of our balance to take stakes in some of the projects. We look for investors who have an appetite for big tickets.”

The value of the projects under execution as per mid-2012 stood at $59.8 billion, with the transportation sector accounting for around 30 per cent of the projects. The major projects underway in the next few years include the New Doha International Airport, which will be able to handle 24 million passengers a year; the New Doha Port; Doha Metro and Qatar Railways and a $1 billion alternative energy project, with a focus on new green cooling techniques for the stadiums.

The senior Doha economist told Gulf Business that the World Cup has added a “fresh urgency” to the planned infrastructure projects but there’s no finance problem: “if the government has enough money to provide $30 billion a year externally it certainly can provide financing internally.”

“The plan is to get everything ready two or three years before. There’s a bit of wiggle room there, because there will be over-runs and problems. But they’ll get it done – the international embarrassment if they weren’t to get it done would be so great that that’s provided a very strong motivation to take a close interest in each aspect of the project.”

However, according to reports, businessmen have been expressing concern at a lack of clarity over the tendering process and how the
government will co-ordinate the complex developments.

Last month the Qatar 2022 supreme committee signed agreements with rail, public works, sports and electricity authorities to boost co-ordination with the private sector. A central planning organisation has already been working alongside the committee.

Daniel Leckel, chief technology officer at Qatar Rail, confirmed positive progress on the sidelines of the Inside Investor conference in Doha: “We are on track, we are inside our master schedule, we have awarded the first contracts already for the project to management consultants. We have handed tenders out for the underground sections and we’ll have them back by October and we’ll award early next year. Up to now we’re very confident.”

For investors, there are opportunities in nearly every conceivable sector, even with all projects requiring a mandatory 51 per cent Qatari share.

Perhaps Mansour sums it up best: “There is a lot of growth in Qatar at the moment so any sane or wise person would weigh their portfolio with Qatar. The country will be heavily present in our portfolio going forward,” says the investment bank that has largely invested outside its home to date.