What Lies Ahead For Qatar's New Emir? - Gulf Business 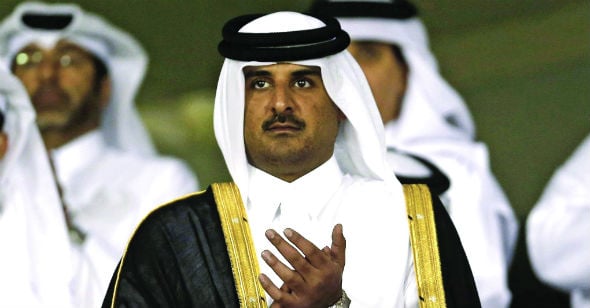 In his final address to the people of Qatar, the country’s outgoing emir Sheikh Hamad bin Khalifa al-Thani said: “The time has come to open a new page in the journey of our nation that would have a new generation carry the responsibilities [armed] with their innovative ideas and active energies.

“I address you today to inform you that I will transfer power to Sheikh Tamim bin Hamad al-Thani. I am fully confident that he is qualified for the responsibility and is trustworthy and able to carry the message forward.

I am full of faith that you will be the best support for him as you supported me.” The 61-year-old Sheikh Hamad, who ousted his father in a bloodless coup to take power in June 1995, has been credited with catapulting the tiny Gulf state onto the global stage.

From creating media powerhouse Al Jazeera and becoming the world’s largest LNG exporter, to winning the bid to host the Fifa 2022 World Cup, Qatar has now firmly established itself as a global power to be reckoned with.

So, when Sheikh Hamad transferred power to his son, 33-year-old Sheikh Tamim in June this year, he set a new precedent in the Arab region by abdicating instead of being removed by a coup, or becoming infirm.

“It is a wise move for the Emir of Qatar, given his claims of supporting popular uprisings in the Arab world that ousted old regimes. He was after all one of the old regimes,” stated Ahmed Souaiaia, an associate professor of Islamic studies at the University of Iowa and an author.

“But it would have been a meaningful move if he established a constitutional system – that would have been groundbreaking. Now it falls to the new Emir, his son, to establish a new system if he elects to do so. The fall of the Muslim Brotherhood in Egypt is another reason for the new emir to take a different path in regards to foreign policy,” he said.

Qatar, which played a key role in helping the revolt that overthrew Libya’s Muammar Gaddafi in 2011, has invested nearly $8 billion in Egypt in the form of support to its Brotherhood allies and $3.4 billion in Syria in support of the rebels who are fighting against President Bashar al-Assad.

“Neither of those investments paid real dividends (political or otherwise) and that should be a matter of concern to the Qataris,” Souaiaia added.

In his first televised speech as the new emir, Sheikh Tamim said: “We don’t take direction [from anyone] and this independent behaviour is one of the established facts.”

While Qataris have pledged complete support for the new Emir and have eagerly welcomed the change, the power transfer may not have an impact outside the nation’s boundaries.

“The move means nothing for the rest of the GCC,” expressed Souaiaia.

“After all, so far, the GCC has remained more or less unchanged by the so-called Arab Spring and the transfer of power from father to son is hardly a radical event.

“The GCC rulers are aware of the changing political map in the Arab world, and each of the countries has been affected in different ways. But the transfer of power in Qatar is Qatar- specific,” he said