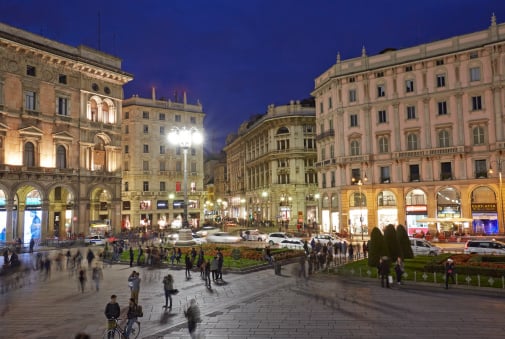 Qatar-based hotel developer and operator Katara Hospitality announced that it has signed an agreement with Starwood Group to operate one of its hotels in Milan.

Excelsior Hotel Gallia will be a part of Starwood’s Luxury Collection portfolio, making it the brand’s seventh hotel in Italy, a statement said.

Located in the Piazza Duca d’Aosta, Excelsior Hotel Gallia opened in 1932 in central Milan but is currently undergoing expansive renovation.

Upon completion, the hotel will offer 235 guest rooms and suites, a restaurant, a roof-top bar, a lounge bar and cigar room along with around 1,000 square metres of wellness facilities including a spa, indoor swimming pool and fitness centre.

“We always embrace the local spirit wherever we invest in hotel assets around the world and the Excelsior Hotel Gallia in Milan is no exception,” said Sheikh Nawaf Bin Jassim Bin Jabor Al Thani, chairman, Katara Hospitality.

“We have made a major investment to bring this grand property back to its true glory. Today, it gives us great pleasure to share our Italian flagship property with Starwood Hotels & Resorts.”

In Milan, the company is represented by The Westin Palace, Sheraton Diana Majestic, Sheraton Milan Malpensa Airport Hotel & Conference Centre and Four Points by Sheraton Milan, and is set to launch W Milan in 2016.

Last year, The Luxury Collection restored and reopened The Gritti Palace in Venice, enhanced the public spaces and guest accommodations including the addition of unique suites at Hotel Danieli in Venice and introduced new villas to Hotel Pitrizza and Hotel Romazzino in Costa Smeralda in Sardinia.

In the GCC, Starwood also signed an agreement with Majid Al Futtaim recently to launch its Westin and Le Méridien brands in Bahrain.