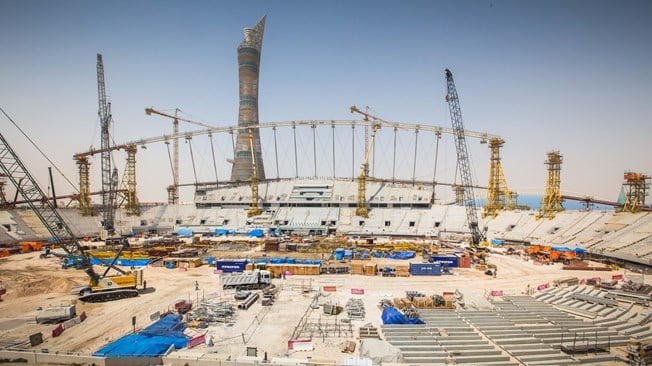 Qatar said that it will complete work on Khalifa International Stadium, one of the 12 proposed venues for 2022 FIFA World Cup matches, by the end of next year.

Originally built in 1976, the 20,000-seater Khalifa International stadium is being renovated to fit FIFA regulations and will host group stage and quarter final matches during the football tournament in 2022.

As per the plans, the stadium will have a new building in its east wing while a single roof will be built to cover the entire seating area.

The Aspire Zone Foundation, one of the stakeholders of supreme committee for delivery and legacy, is in charge of construction works on Khalifa International Stadium, a statement said.

Officials said that nearly 90 per cent of the structural concrete has been laid and the process will be fully completed within the next two months. Around 42,000 cubic metres of structural concrete have been poured till now, the statement said. The skeleton of the stadium is expected to be ready by the end of this year.

“We expect the stadium to be handed over by the main contractor at the end of 2016.”

Following renovation, the stadium, fully air conditioned, will be able to accommodate 40,000 spectators. It will also comprise of food courts, shops, a VIP lounge and a health centre in the newly constructed east wing.

Qatar, which won the rights to host FIFA 2022 World Cup in 2010, has been mired in controversies including corruption claims regarding its bid to host the tournament. Many of the projects that were planned for the tournament are also facing delays.

The Gulf state planned to spend around $200bn on new infrastructure projects, while the stadiums were estimated to cost around $4bn to build, as per the Ministry of Business and Trade. But rising costs from continuous delays forced authorities to cut down the number of new stadiums from 12 to eight last year. It later decided to construct eight new stadiums and renovate four older ones for the mega event.

In addition, Qatar has also been criticised for mistreating scores of migrant workers, brought in to construct the stadiums for the World Cup.