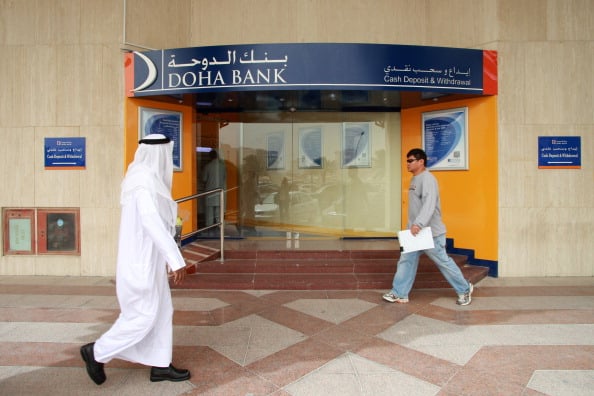 Qatar’s Doha Bank will launch the first phase of a two-part capital increase, a 1.55 billion riyals ($425.7 million) rights issue to local investors, on February 28, the lender said on Thursday.

Capital levels at Qatar’s fifth-largest bank by market value are lower than its Qatari peers and proceeds from the issue are expected to be used mainly to plug that shortfall.

The issue, which is equivalent to 50 per cent of its total shares, will be split equally between a local offering and global depositary receipts (GDRs) in London.

The first stage will be an offering of 51.7 million new shares to current stockholders which will begin on Feb. 28 and run until March 13, Doha Bank said in statement after shareholders approved the move.

Shares are being offered at 30 riyals each, a significant discount to the current market price of 51.1 riyals at 0710 GMT. The stock was down 9.9 per cent on Thursday after going ex-rights.

The second part, the London GDR offering, will follow the local offering, although timing is subject to receiving the necessary regulatory approvals, the statement said.

GDRs will be priced at a minimum of 90 per cent of the market share price on the date of issue, it added.

An October research note from Arqaam Capital said that Doha Bank’s core Tier 1 capital level would fall to 9.6 per cent by the end of 2013 without a capital increase.