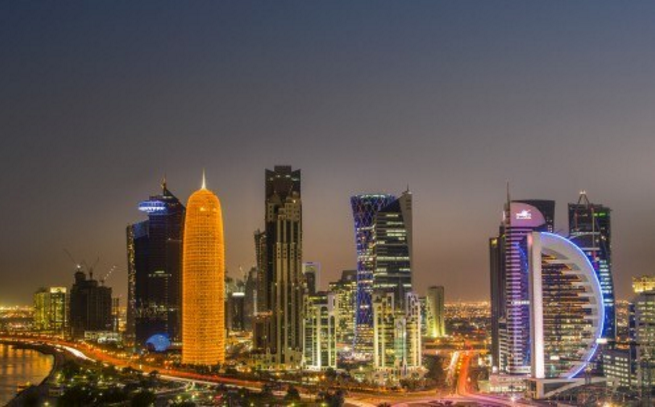 With a brand new international airport in place and the country set to stage that global event,better known as the FIFA World Cup in 2022; it seems unlikely that Qatar’s construction boom will end anytime soon.

The bid has received much negative press in recent months due to allegations of corruption. But the required stadia and infrastructure needing to be built to eventually stage it only tell part of the country’s ongoing construction story. Indeed, nearly $350bn of projects are currently in the planning or construction phase.

Around $60bn to $70bn is expected to be spent on hotel, lei- sure, tourism, sports, recreational and infrastructure projects. In its August 2015 Qatar Infrastructure Report research firm BMI suggests that the coun- try will continue to have the strongest construction sector growth in real terms within the Gulf Cooperation Council.

Although the 2022 world cup may have acted as a growth catalyst, the reality is that many of the non- event related infrastructure projects would have been required anyway. This is not least due to Qatar’s long- term need to diversify its economy away from hydrocarbons.

Wage and price pressures caused by demand generated by major projects may yet deteriorate. But the government appears to be coping with this for now by trying to make supply chains more efficient and ensuring addi- tional workers, where possible, will not be required.

Lower oil prices, meanwhile, present a minimal downside risk since Qatar is the least exposed of the GCC economies – accord- ing to BMI. Moreover, with a fiscal break even price at $58 per barrel – just undershooting its own forecast of $59 per barrel, government spending and con- sumer confidence is not expected to be impacted.

Providing further impetus is the long-term nature of the country’s liquefied natural gas contracts. These will delay the impact of lower hydrocarbon prices on government revenues.

Questions raised about the country’s ability to follow through with its projects have been quickly rebuffed by Prime Minister Sheikh Abdullah bin Nasser Al-Thani. At a local financial conference earlier this year, he reiterated the coun- try’s commitment to investing in health, education and infrastruc- ture despite the fall in oil prices.

In May, meanwhile, Qatar Electricity and Water Co and Mitsubishi Corporation confirmed they are building the biggest inte- grated power and water plant ever constructed in the nation. The $3.15bn plant, situated 20 kilometres south of Doha, is set to provide 2,520MW of power. Phase 1 is due to be finished in 2017 with the plant becoming fully operational a year after.

This will provide a significant boost to Qatar’s water and power production capacity to 11GW and 535 million gallons per day respectively.

The majority of funding for the plant is coming from domestic sources, international banks and export credit agencies – the bal- ance (15 per cent) from the project’s sponsors. QEWC will be investing $252.6m.

Aside from wage and price issues, if there are any clouds on the for the construction sector horizon it is likely to be in the form of complaints from foreign companies. They have long seen Qatar as a cash cow but may find the reality is different. Project delays, bureaucracy and contract wrangles are all potential hurdles. The latter in particular is sympto- matic of the government taking a tougher stance in negotiations in order to ensure there is no financial exploitation. Contractors in turn have started to question what cash flows they are likely to end up having.

Middle Eastern companies tend to be preferred because they are more likely to do subsequent projects rather than one-offs. Therefore, if foreign companies are looking for a slice of the action they will likely do so by forming a joint venture with a local operator.

Complicating matters fur- ther are the labour laws. Another often cited complaint from com- panies is that the Ministry of Labour apportions each project a pre-defined number of visas for workers from a particular coun- try. This is regardless of whether there are a sufficient number of people from those countries to