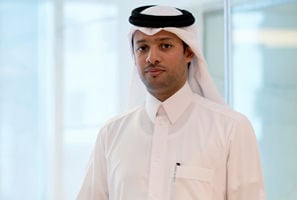 Qatar’s Barwa Bank said on Sunday it had appointed Khalid Yousef al-Subeai as acting chief executive officer, the latest example of local bankers being moved into top jobs in the Gulf Arab state.

The appointment of Subeai, effective from Sunday, was “a very clear statement as to our commitment to Qatarisation and the progression of Qatari talent at all levels throughout the organisation,” according to a statement from the lender.

Steve Troop, the previous CEO, will become adviser to the chairman and the board of directors, the statement said.

Subeai was previously CEO of The First Investor, Barwa’s wholly-owned investment banking unit. Before that role, which he assumed in January 2013, he was CEO of Morgan Stanley’s Qatari operations.

Sharia-compliant Barwa is the latest lender in Qatar to appoint a local banker as its head and retain the expatriate incumbent in a separate role.

In August, Commercial Bank of Qatar named Abdulla Saleh al-Raisi as CEO, with Andrew Stevens moving to group CEO with responsibility for the bank’s overseas operations.

Barwa has been planning to go public for some time, with Troop telling Reuters last April it would offer 50 million shares to the public at 21 riyals per share as one part of a 2.05 billion riyal share sale process – pending approval by the local regulator.

Barwa Bank, which is near-50 percent owned by government funds after its main shareholder divested its stake as part of a bailout effort, had assets worth 28.65 billion riyals ($7.87 billion) as of September, according to its website.