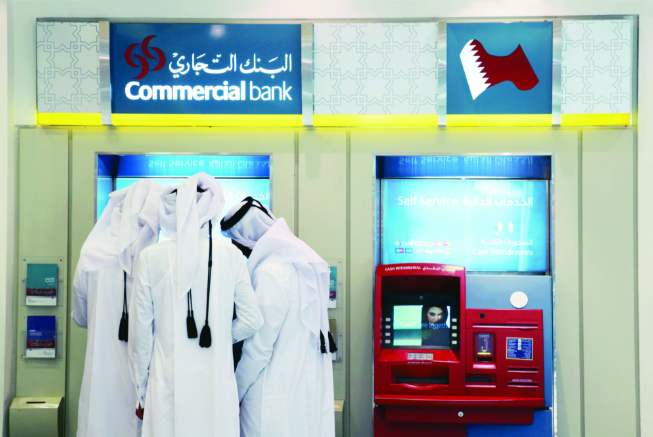 The state of a nation’s banking sector is inevitably intertwined with that of its economic performance. In the case of Qatar, recent economic growth metrics have continued to be robust. But that does not necessarily preclude uncertainty for its banking sector, going forward. Real gross domestic product growth in Qatar – estimated by the International Monetary Fund at 6.1 per cent in 2014 and projected to be 7.1 per cent this year, before slipping back to 6.4 per cent in 2016 – reflects these uncertainties. This is in part, due to low oil prices leading to a deterioration of fiscal and external balances.

By the government’s own estimates, the fiscal balance is expected to stay in surplus in 2015. Preliminary data for FY2014/15 shows an overall government surplus estimated at QAR 93.9bn, equivalent to 12 per cent of estimated nominal GDP (over the same period). This is down from 14.1 per cent at the end of the previous fiscal year.

Yet the surplus could slip into deficit in 2016 and 2017 due to a revenue squeeze from low oil prices. This is assuming capital spending projects forge ahead and current spending commitments are difficult to trim.

Key will be planned infrastructure spending. The Ministry of Finance has been proactive in prioritising critical projects and mitigating other problems. But any delays could have the knock-on effect of requiring more workers to get the projects back on track. This could stoke domestic inflationary pressures in front-line services.

Much of the growth story for Qatar in recent years has been driven by a double-digit expansion of the non-hydrocarbon sector. Meanwhile, falling global commodity prices have helped reduce inflation below 3 per cent, despite a tight real estate market.

Unsurprisingly, lending growth spurred by strong economic numbers has been a major driver for bank profits in recent years. Infrastructure projects ahead of the World Cup in 2022 will require billions of dollars to be spent.

Construction – projected to expand by 13.6 per cent – is set to be the fastest-growing sector in 2015, according to Bank Audi.

However, growth is expected to slow over the medium term in line with public investment – assuming the private sector is not fully able to take up the slack. While the economic weather for the banking sector remains good, clouds – in the form of falling liquidity and rapidly-growing credit to selected sectors, as well as cross border transactions – could yet gather. As a result, Qatar’s banks will need to exercise vigilance when it comes to lending standards and cross-border transactions.

Progress has been made regarding the implementation of Basel III (the global voluntary regulatory framework for banks) and associated regulations in Qatar – aimed at bolstering the banking sector’s already strong health. But the International Monetary Fund says further advances are needed to enhance the early warning system. These include improving the availability of real estate market statistics and developing data on house- hold, corporate and government balance sheets.

In its report Banking System Outlook: Qatar, ratings agency Moody’s notes that banks will maintain robust financial metrics over the next 12 to 18 months including strong earnings and capital buffers. But potential downsides include “deposit pressures owing to lower government–related balances stemming from low oil prices; the banks’ increasing dependence on market funding; and loan book concentrations reflecting the undiversified economy.”

Despite this, the asset quality of the banks will continue to be supported by the strong operating environment. This includes evolving prudential regulation and the sizeable proportion of high quality government-related loans. Non-performing loans, meanwhile, are forecast to stay at a low 1.5-2 per cent of gross loans in the short to medium term.

However, banks face deposit pressures due to lower government-related balances stemming from subdued oil prices. There is also an increasing dependence on market funding and ‘“loan book

concentrations reflecting the undiversified economy,” according to the report.

“Qatari banks will face deposit pressures as lower oil prices reduce the flow of funds from the government and government-related entities – the largest depositors in the system,” says Moody’s senior credit officer Khalid Howladar.What this likely means is that Qatari banks will increase their reliance on longer term and cost- lier market funding to support growth over the outlook period. This could result in an increased dependence on market funding. However, the authorities remain willing and able to provide support to the banks should any need arise.

Indeed, the Qatar Central Bank can inject liquidity into the financial system through discount window and repo operations. The government can also provide additional liquidity – including in relation to foreign currency – by managing the portfolios of the Qatar Investment Authority and public sector enterprises.

State support for the sector is nothing new. It was most clearly evident after the 2008 global financial crisis. The government guaranted all bank deposits, purchased potentially troubled equity and real estate portfolios and utilised the QIA to increase the capital of local banks.

In the meantime, the nation’s banks have continued to post strong numbers. The largest bank, Qatar National Bank, saw a net profit rise of 10 per cent to QAR 5.59bn in H1 2015. This came on the back of a 9.2 per cent increase year-on-year in loans and advances to QAR 356bn, and a 10.4 per cent increase in deposits to QAR 381bn.

In effect, this demonstrates the bank’s resilience to the inconsistent credit growth seen in a sector that slipped to an eight-year low earlier in the year – according to data from the central bank.

However, such credit growth lumpiness has continued nonetheless despite accelerating to an annual 13.4 per cent in July from 11.5 per cent in June. On the flip- side, money supply growth slowed to 8.7 per cent from 9.9 per cent. The profits numbers have been similar across much of the sector. Doha Bank, for example, has seen marginal profit slippage but strong gains have been posted elsewhere. These include the number two lender, Commercial Bank of Qatar, which recorded a Q2 profit gain of 17.3 per cent to QAR 589m – easily beating market estimates.

In April 2015, ratings agency Fitch affirmed the long-term issuer default ratings of Commer- cial Bank of Qatar, Doha Bank, Qatar Islamic Bank, Al Khaliji Commercial Bank, Qatar International Islamic Bank and Ahli Bank at ‘A+’. It also affirmed Qatar National Bank’s long-term inter- national depository receipt at ‘AA-’ – the outlook on all the long- term IDRs being stable. Should another ‘blank swan’ crash occur such as a rerun of the 2007 credit crisis, the government will likely activate the sector’s safety net. This could be in the form of asset purchases as well as boosting capital buffers.

But this is a worst-case scenario and unlikely to come to fruition if the assumption is made that the global economy will be able to muddle through its cur- rent difficulties. Worst-case scenario or not, Qatar has learned from it past mistakes. Having witnessed dou- ble-digit inflation during the 2006 to 2008 period – the Min- istry of Finance has now enacted measures to smooth the time cycle of public investments.

Moreover, the National Logis- tics Committee monitors price trends not only addressing bottleneck issues but also taking pro-active measures to make supply chains more efficient.In addition, exposures to the real estate sector are tightly monitored by the QCB with total banking exposures limited as a share of capital. Limits have also been imposed on the borrower’s loan-to-value and debt-service- to-income ratios.

The authorities have under- taken significant reforms. But, as the IMF would say, more needs to be done.