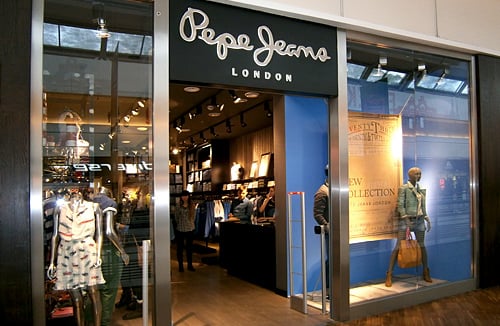 The Qatari royal family is leading the race to buy the Spanish fashion brand Pepe Jeans as buyout funds struggle to match the sellers’ price expectation of at least 700 million euros, several sources close to the auction process said.

The clothing retailer, which is also selling its menswear brand Hackett, expects binding offers in around three weeks, one of the sources said.

Mayhoola for Investments SPC, an investment vehicle with close ties to Sheikha Mozah, the second wife of the former emir, is the financial vehicle that the Qatari royal family is using to place its offer. In 2012 Mayhoola purchased the iconic Italian fashion house Valentino from Permira for about 700 million euros.

“The Qataris are well positioned in the race for Pepe as they’re the only bidder willing to pay a big cheque,” the source said.

Pepe, known for its denim and casual wear collections, is majority held by private equity firms Torreal, Arta Capital and L Capital. The management team has a 30 per cent stake.

A TASTE FOR FASHION

The luxury goods industry has entered a lower growth cycle mainly because of economic weakness in Europe and the slowdown in some international markets including China and most recently Russia, where international sanctions have forced the rouble into freefall.

“Traditional investors are finding Pepe too expensive and are struggling on many fronts,” another source said, pointing to rising costs to fund deals on the European debt market.

Mayhoola is building up a portfolio of high-end brands in Europe. Earlier this year it bought the majority of Forall Confezioni, which produces the Italian luxury menswear brand Pal Zileri and holds licenses for Moschino and Cerruti 1881.

Pepe, which was launched in London by three brothers as a weekend roadside stall in Portobello Road in 1973, became an established brand in the UK’s fashion industry in the Nineties starring celebrities like Kate Moss for its advertising campaigns. It is now present in 60 countries and sells its products through more than 7,000 multi-brand stores.

Representatives at Pepe Jeans and Mayhoola were not available for comment. A spokesman for Morgan Stanley declined to comment.