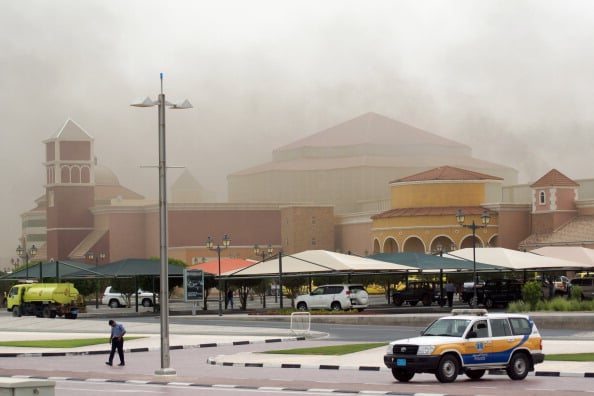 A member of Qatar’s ruling family was among five people sentenced to prison by a court in the Gulf Arab state for negligence over a fire at a shopping mall that killed 19 people, most of them children in a nursery, the Gulf Times reported on Friday.

The blaze started due to faulty electrical wiring in Doha’s Villagio Mall and quickly spread to the Gympanzee nursery, which had no emergency fire exit.

Among those killed were 13 children, two firefighters and four teachers. The victims were from France, Spain, South Africa, New Zealand, the Philippines, Japan and Benin, among other countries.

A government investigation found the mall had broken a raft of safety laws and that its staff had failed to respond when the fire broke out on May 28, 20102.

Gympanzee’s co-owners, Sheikh Ali bin Jassim al-Thani, a member of the ruling family and Qatar’s ambassador to Belgium, and his wife Iman al-Kuwari, the daughter of the culture minister, were sentenced on Thursday to a maximum of six years in prison.

Villaggio’s chairman and the mall manager also received six-year jail sentences and a government official who awarded Gympanzee its licence was sentenced to five years in jail, the Gulf Times said.

All those sentenced are still free pending an appeal.

Two other defendants, the mall’s assistant manager and its head of security, were cleared of all charges, the report said.

Court staff were unavailable to confirm the sentence.