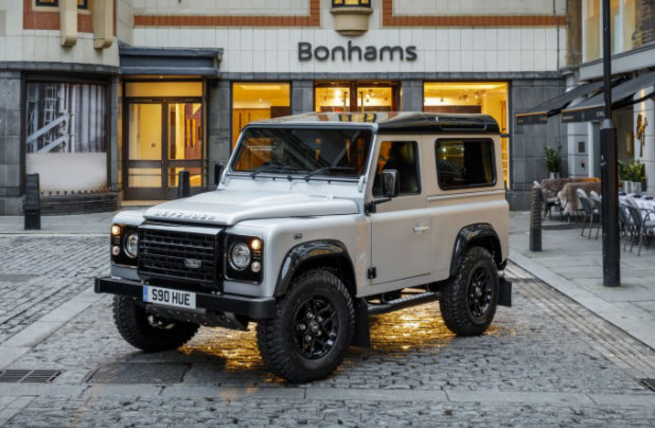 A bidder from Qatar bought a one of a kind Land Rover Defender vehicle for $600,000 at a charity auction held at Bonhams, the British carmaker said.

The vehicle is the two-millionth Series Land Rover and Defender model to be manufactured at Land Rover’s Solihull plant, which opened in 1948. The auctioned vehicle was built by a group of brand ambassadors and sons of Land Rover’s founder, the company said in a statement.

All proceeds from the sale will be donated to Land Rover’s humanitarian and conservation partners.

The vehicle, built as part of celebrations to mark the end of manufacturing of 4×4 range, has a host of distinctive and bespoke finishing features including an engraved map of Red Wharf Bay – where the design for the original Land Rover was first drawn in the sand and a unique ‘no 2,000,000’ badge.

Inside, the leather seats also feature the ‘Red Wharf Bay’ graphic and ‘no 2,000,000’ logos have been stitched on the headrests. A bespoke aluminium plaque, signed by everyone who helped to assemble the vehicle is fitted to the driver’s seat. Special S90 HUE registration plates provide a tribute to the first ever pre-production Land Rover, registration ‘HUE 166’.

“With the expert help of my SVO team and a handful of willing Land Rover ambassadors, we created something unique and very special. Of course, Defender has a future and will live on in its own right. But the original Series Land Rovers and Defenders will also continue to thrive through our Jaguar Land Rover Heritage division.”