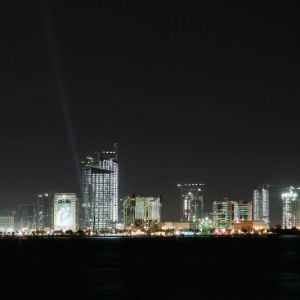 Qatar is the most competitive economy in the Middle East, according to the latest report released by the World Economic Forum (WEF).

The Gulf country climbed up one spot from last year to rank 11th overall on WEF’s annual Global Competitiveness Report for 2012-2013.

The report evaluates countries on a number of ‘pillars’ including infrastructure, macro-economic environment, health, education, labour, technological readiness and innovation.

Regionally, Saudi Arabia came second, ranking 18th globally, followed by the UAE, which moved up three positions from last year to rank 24th in the world.

In comments published by official news agency WAM, UAE minister of states and chairperson of the Emirates Competitiveness Council Reem Al Hashimy said that the country’s labour market efficiency had risen by 21 points to seventh globally, adding that the UAE would certainly score better results in the next global competiveness reports.

Among the other GCC states, Oman ranked 32nd on the report, the same as last year, while Bahrain surprisingly rose two spots to the 35th position. Kuwait was ranked the lowest in the Gulf at 37, down three spots from 34 last year.

Overall, Switzerland emerged as the most competitive country for the fourth consecutive year, and was followed by Singapore, Finland, Sweden and the Netherlands.

“Persisting divides in competitiveness across regions and within regions, particularly in Europe, are at the origin of the turbulence we are experiencing today, and this is jeopardizing our future prosperity.” said Klaus Schwab, founder and executive chairman, World Economic Forum.

“We urge governments to act decisively by adopting long-term measures to enhance competitiveness and return the world to a sustainable growth path.”