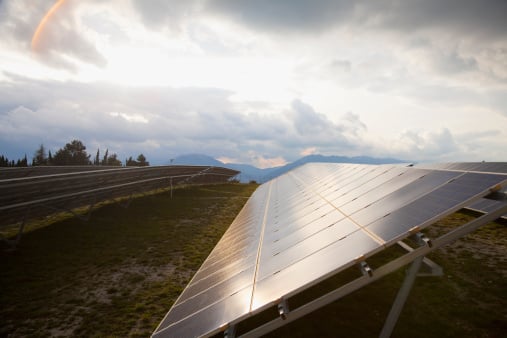 Qatar aims to raise the share of solar power in electricity generation to 16 per cent by 2018, an official said on Saturday in a rare example of an OPEC nation embracing renewable energy.

Qatar, the world’s top exporter of liquefied natural gas, has the world’s highest per capita greenhouse gas emissions. Like other OPEC nations, it has been wary of a global shift to renewable energy, fearing it will hit demand for oil and gas.

“We are working on a project to develop 1,800 megawatts of solar power,” said Fahad Bin Mohammed al-Attiya, chairman of the organisers of talks in Doha from November 26 to December 7 among almost 200 nations on slowing global warming.

“That will be 16 per cent of our total electrical output,” he told Reuters, adding the project was due to be operating by 2018. He said the tiny Gulf state now has negligible use of solar power despite strong sunshine year-round.

“It makes sense for us,” he said of the plan for more renewables that will partly aid desalination of sea water. “We will also have a feed-in tariff system so that people can put solar systems on their roof and contribute to the grid.

“All these measures have been applied now because solar prices are becoming reasonable and competitive. With the amount of solar hours we have it is economically feasible,” he said.

Qatar has so far disappointed environmentalists by failing to set clear targets for reducing its greenhouse gas emissions at the U.N. talks. It has argued that its liquefied natural gas exports help other nations turn from more polluting coal.

The government said in a report to the United Nations last year: “Qatar is pursuing voluntarily a national initiative to reduce greenhouse gas emissions as long as they are in line with sustainable development.”

“To Qatar, climate change represents a double jeopardy,” it said. On the one hand, global warming threatened its fragile desert ecosystems. On the other, effective action to solve the problem would undermine demand for fossil fuels.