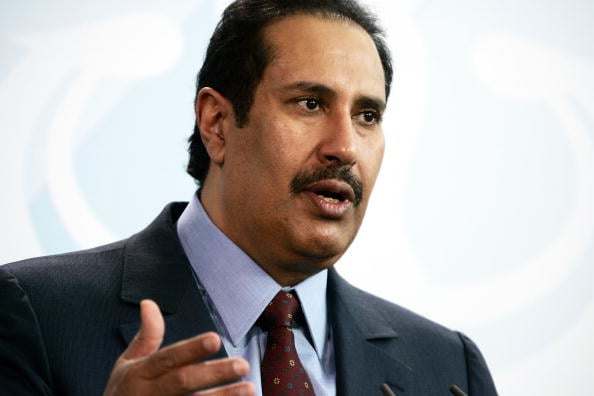 Qatar tossed Egypt an economic lifeline on Tuesday, announcing it had lent Egypt another $2 billion and given it an extra $500 million outright to help control a currency crisis.

Political strife has set off a rush to convert Egyptian pounds to dollars over the past several weeks, sending the currency to a record low against the U.S. dollar and draining foreign reserves to a critical level.

The government said it expected an International Monetary Fund technical committee to visit Cairo in two to three weeks’ time to resume talks on a crucial $4.8 billion loan to plug balance of payments and budget deficits.

Qatar’s handout appears to be another example of the Gulf state seeking to deepen its influence in a Middle East being reshaped by revolts that have unseated long-serving autocrats. Doha supported the uprising in Libya and remains a major backer of the revolt against Syrian President Bashar al-Assad.

“There was an initial package of $2.5 billion, of which $0.5 billion was a grant and $2 billion a deposit,” Qatari Prime Minister Sheikh Hamad bin Jassim al-Thani told reporters after meeting Egypt’s Islamist president, Mohamed Mursi.

“We discussed transferring one of the deposits into an additional grant so that the grants became $1 billion and the deposits doubled to around $4 billion,” he said.

Hamad added that the new Qatari grants and deposits with Egypt’s central bank had all arrived. “Some of the final details with the deposits are being worked on with the technical people, but the amount is there,” he said.

Abdulkhaleq Abdullah, a political analyst in the United Arab Emirates, said Qatar viewed Egypt as a valuable strategic asset and had invested more in the most populous Arab nation than any other Gulf Arab state since a popular uprising overthrew former President Hosni Mubarak in February 2011.

“Qatar wants a solid regional ally in Egypt,” he said. “Along with Turkey, this allegiance or axis is fundamental to the regional role Qatar is trying to carve for itself.”

The Qatari funds should help tide Egypt over until the government can seal an IMF agreement that analysts view as vital to give the Islamist government credibility with the markets.

The IMF’s Middle East and Central Asia director, Masood Ahmed, left Cairo on Tuesday after meeting Mursi the day before.

“Negotiations with the IMF team will resume from where they stopped,” Mursi’s spokesman, Yasser Ali, said. Asked when the IMF’s technical committee would visit Cairo, he said it was expected in the next two to three weeks.

Egypt struck an initial loan accord with the IMF in November but last month postponed the deal because of political unrest set off by Mursi’s drive to fast-track a new constitution.

The unrest led Mursi to suspend increases in the sales tax on a range of goods and services that were deemed necessary to conclude an IMF deal.

The Egyptian pound weakened to a record low of about 6.48 to the dollar on Tuesday after the central bank offered $60 million in the latest of a series of foreign currency auctions introduced in an attempt to contain the currency crisis.

The pound has weakened 4.6 per cent on the interbank market since the system began on December 30. The central bank auctioned a total of $300 million in auctions last week.

The currency has lost more than a tenth of its value during the turbulent political transition since Mubarak’s fall.