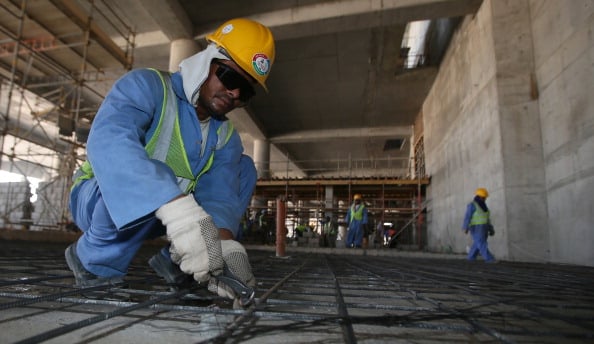 Following a damning report by Amnesty International concerning the labour abuse among its large blue-collar expat work force, Qatar 2022 supreme committee (Q22) has said that it will reform its recruitment policies.

Q22, the organizing committee in Doha, said that it will release its Workers’ Welfare Standards, which will set clear guidelines from recruitment to repatriation of foreign workers. The committee said that compliance with the law will be a contractual obligation for all companies working on World Cup projects and adherence will be consistently monitored.

Qatar has also confirmed plans to double the number of labour inspectors by the end of the year.

The Amnesty report, released this week, unearthed rampant labour abuse among Qatar’s large number of construction workers, mainly recruited to build infrastructure for the Fifa World Cup. Many of the abuses include non-payment of wages, dangerous and harsh working conditions and shocking living accommodations that often had no electricity and poor sanitation.

“Employers in Qatar have displayed an appalling disregard for the basic human rights of migrant workers. Many are taking advantage of a permissive environment and lax enforcement of labour protections to exploit construction workers.”

The report clarified that the labour abuse found in the Gulf state was not due to the irresponsible actions of an individual company but that of a general policy failure of the way migrant workers’ employment is regulated.

Qatar’s current labour law, which stipulates workers must obtain permission from their sponsor before leaving the country, has cornered workers in a vicious cycle of abuse, the report said.

Based on interviews with workers, officials and employers, the report found that abuse was rampant on the sites of many multinational firms working on world cup projects.

The human rights group found that some of the workers who had suffered abuses were working for sub-contractors employed by global companies such as Qatar Petroleum, Hyundai E&C and OHL Construction.

Though the majority of abused workers are under the employment of their sub-contractors and not the major companies, Amnesty International said that it does not absolve them from this issue.

“Companies must ensure that migrant workers employed on construction projects linked to their operations are not being abused. They should be proactive and not just take action when abuses are drawn to their attention,” said Shetty.

An undercover investigative report by UK newspaper The Guardian in September about the plight of Nepalese workers in Qatar’s construction sites attracted international scrutiny of migrant workers’ conditions in the tiny Gulf state.