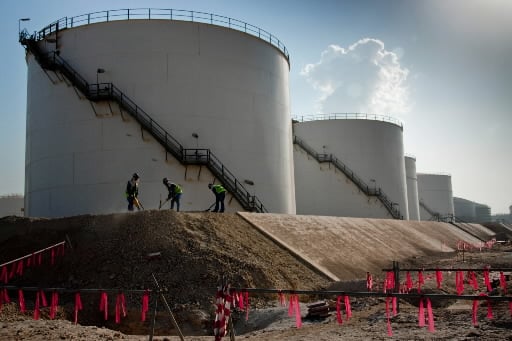 Qatar is poised to boost contracted liquefied natural gas exports to Europe by the most in five years as prices in the region are at their highest since 2006.

Qatari shipments to Europe under medium- or long-term contracts will rise 22 per cent next year, the biggest jump since 2009, according to data from Poten & Partners Inc., a New York- based shipbroker. Centrica Plc, the U.K.’s biggest supplier of energy to homes, last month extended an import contract with state-owned Qatar Liquefied Gas Co., the world’s biggest LNG producer, to December 2018 and increased volumes by 20 percent.

“We are offering good deals because we are ready to sell,” Ibrahim Al Ibrahim, a vice chairman of Qatari state- owned LNG producer Ras Laffan Liquefied Natural Gas Co. and the emir’s economic adviser, said in an interview in Doha. “We have a certain amount of gas. We want to sell it. We will sell it.”

The Gulf nation, which this year signed supply accords with Germany’s EON SE and Petroliam Nasional Bhd’s U.K. unit is increasing shipments to Europe as it from 2015 will face competition from Australian projects that are closer to Asia, home to the world’s biggest consumers. Australia is forecast to overtake Qatar as the largest LNG producer by 2020. The U.S. will start exporting the super-chilled gas by 2016, the International Energy Agency in Paris said in June.

Qatar will supply an extra 6.64 million metric tons to Europe in 2014 in addition to the 19.65 million contracted into the region this year, the Poten data show. That’s the biggest jump since 2009, when the Gulf nation started three of the world’s six largest production plants. Europe will receive a total of 71.5 million tons of LNG under contracts next year, according to Poten.

“The Qataris are acutely aware of the potential competitive threat posed by the Australians, Trevor Sikorski, head of natural gas, coal and carbon at Energy Aspects Ltd. in London, said in a Dec. 20 research report. ‘‘For Qatar, this is about destination options.”

The new contracts allow QatarGas to ship volumes to markets in Asia if prices there are higher, the Doha-based company said Dec. 17 by e-mail, declining to provide further details on cost structures.

“These recently concluded fully divertible sales and purchase agreements with Petronas U.K., EON and Centrica allow QatarGas to meet the needs for LNG in Europe, while retaining the ability for QatarGas to respond to demand signals from other regions, such as Asia, by diverting LNG,” the company said.

About three-quarters of global LNG is supplied under medium- or long-term contracts, mainly linked to oil costs, with the remainder sold under agreements lasting less than four years or on spot markets, according to the International Group of LNG Importers, a Paris-based lobby group.

Spot LNG prices this month rose to their highest since February as South American utilities and northeast Asian buyers competed for spare cargoes to offset cuts in hydroelectric and nuclear power generation. The price in Northeast Asia, the biggest consuming region, climbed 10 per cent from a year earlier to $19 a million British thermal units in the week to Dec. 16, according to assessments by New York-based World Gas Intelligence.

Gas for January delivery at the U.K.’s National Balancing Point, Europe’s biggest market, closed at 70.4 pence a therm ($11.51 a million Btu) on Dec. 20 on the ICE Futures Europe exchange in London, the highest price for this time of year since 2005.

Britain’s LNG terminals supplied an average 27.1 million cubic meters a day of gas this year, compared with 38.3 million last year and a record 69.7 million in 2010, according to flow data from National Grid Plc. The nation was scheduled to receive one tanker this month, the least since Bloomberg started compiling ship and port data in April 2011.

Month-ahead gas in the U.K. will fall 3.8 per cent to average $10.1 per million Btu in 2014 as LNG supplies under contract will increase, Sikorski said.

“We are doing everything we can to get Asia first,” RasGas’s Ibrahim said Dec. 8. “We don’t sell anything at a discount.”

LNG prices may reach a record $20 a million Btu in the next several months as demand measured by growth in regasification terminals rises five times faster than new liquefaction capacity in 2014, Bank of America Corp. said Nov. 13. There will be no major improvements until 2015, when supply from projects in Australia and the U.S. start to reach the market, the bank said.

“Growing demand in Asia-Pacific, the Middle East and South America combined with a limited number of LNG projects coming on-stream over the next few years is expected to keep LNG prices at significant premiums to liquid market indices, such as NBP indices,” QatarGas said. “While some new supply sources by new exporters such as Australia and the U.S. are expected to ease the market in the next half of the decade, strong global LNG demand growth could still result in a tight market in the longer term.”